The Hunger Trap (and my inexcusable, creativity-barren attempts to escape from it)

I can count the number of ready meal items I buy at home in the UK on one hand. Make that less than one hand: Tesco Finest Prawn and Chili Fishcakes and Four Cheese frozen pizzas. They're quick 'feed me/us now' options. The fishcakes are for me when I'm on my own: baked and crisped up in the oven and slipped onto a rocket (arugula) salad. The pizzas are for us both on a chow down in front of the TV night: we undress them, top them with a selection of fresh sliced tomatoes, char-grilled artichokes, hot and sweet peppers, black olives, maybe a few slices of Waitrose's Italian fennel salami on mine, and wait 15 minutes for the oven to exert its transforming powers of bubble and melt. 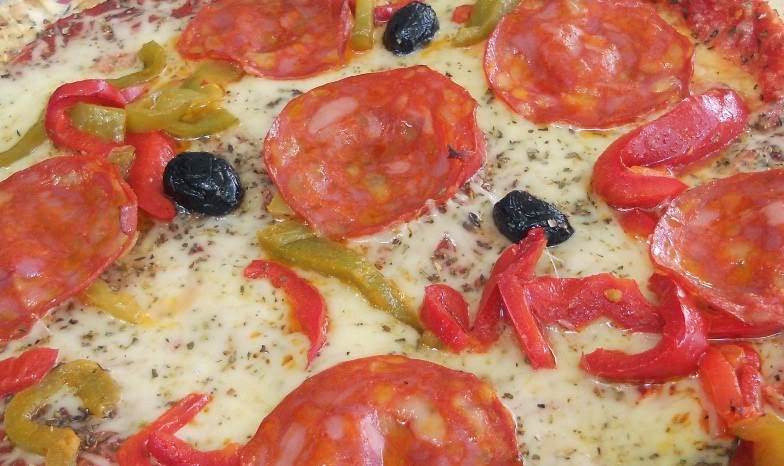 So why was I gazing into the icy bowels of a freezer at Publix supermarket on Deerfield Beach, here in south Florida, a couple of nights ago as if it held the answers to my culinary dreams? Some possible reasons.

Tony wasn't hungry so I was looking only to feed myself. It was late, 8pm, later than I'd normally eat. I was tired. And I'd gone around the curve of hungry into the strait of being over-hungry where my blood sugar levels start to plummet and I get grumpy. All of which are pathetic and clatter together into one big unacceptable whine, making me more than deserving of what followed.

1) When I got home the box of Cajun flavoured frozen Wild Atlantic salmon told me I'd need to defrost it for 8 to 12 hours and 2) 1 hour and 30 minutes later the frozen Lime & Coriander Shrimp emerged from the villa's oversized oven, big enough to cook a small goat in, looking as appetising as the fragments of wave-shattered jelly fish along the shore when we first arrived on Hillsboro Beach, and with, I imagine, a similar consistency.

C'mon! I can do better than that. I know I can. And with very little effort. Some al dente pasta tossed in softened, chopped garlic, olive oil, parsley and grated Parmesan. A fried egg on hot buttered toast. Or just a dish of sliced fresh tomatoes drizzled with oil and salt, sprinkled with chopped spring onions, or scallions as they're called here, and bread to mop up the juice. It's not rocket science; it's not even science. 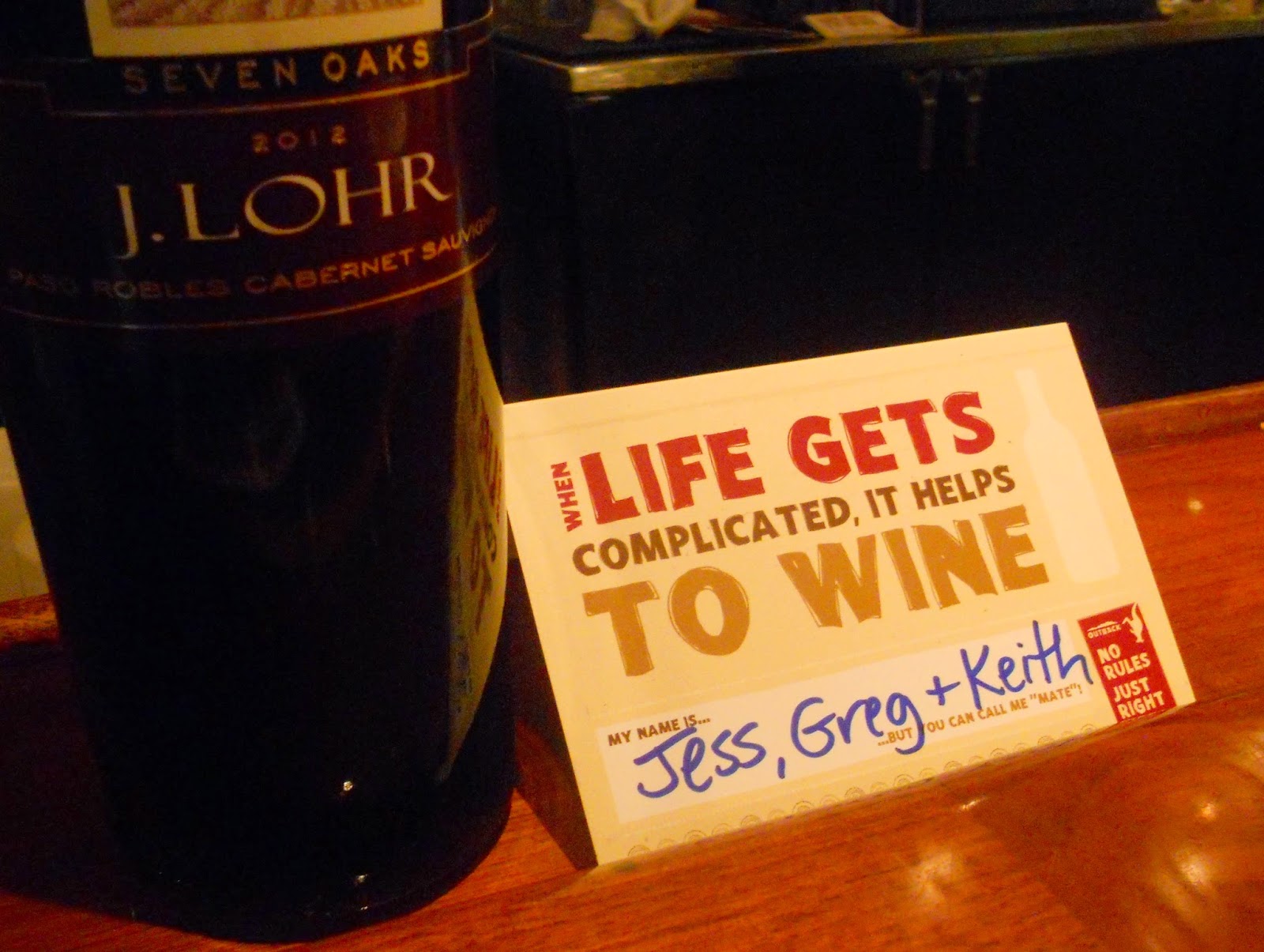 This story doesn't end well. (Although there was a satisfying interim event of a crustily seared but melt in the mouth medium rare filet mignon with a bottle of J Lohr Cabernet Sauvignon that didn't allow for even the seed of a whine to be germinated, let alone planted.) Last night I gave the (defrosted) salmon a chance. And promptly slid it off my plate into the bin. Salmon should taste of salmon not a fishmonger's rag.

But I wasn't completely thwarted this time: on my plate was a pile of curly green rocket drizzled with oil and a baked potato whose skin had been rubbed with salt and whose creamy heart was draped in sour cream. Ahhh. There's nothing like letting ordinary ingredients run about (almost) naked to make me smile.

Hungry Writing Prompts
Write about throwing something away.
Write about being 'almost' naked.

Lynne -- Love your blog and look forward to reading more in 2015. I have a question about your baked potato. I know, much too simple of a food to generate questions, but there you are. You mention that the skin had been rubbed with salt. Say more. Rub with salt pre or post baking? Grab a handful of course/fine? sea salt and just rub? Thanks, Matilda

Thank you, Matilda. And thank you again! Ah, the potato. Prick the whole washed and wiped dry potato with a fork several times, rub some olive oil over it, then some coarse sea salt, and bake in the oven. I cheat sometimes - microwave it, before the oil/salt rubbing, until it's almost cooked then get rubbing (oohing and ouching at the heat!) and finish off in the oven for 20 mins at a high heat.