Tomorrow I'm driving to Norfolk to lead a life writing course at Mendham Mill. We'll talk about what it means to write from life, what the issues are surrounding the sharing of personal and deeply felt events. We'll uncover memories and discuss ways we can shape them on the page.

There's something about tastes and smells that evokes vivid memories. Do you remember this? 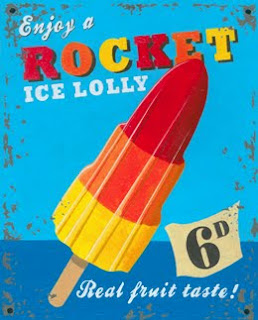 I wasn't a fan of lollies. Not even a Mivi whose icy skin covered a wadge of vanilla ice-cream. I preferred 99s or Oyster Shells. At a push I'd have a milk lolly which was more like ice-cream than lolly. Or a wafer: a rectangle of Wall's ice-cream between two thin boards. There was a right way to assemble your wafer. Open the wrapping on the ice-cream block and lay it ice-cream face down on one wafer. Take off and discard the rest of the paper wrapping, add the second wafer to make your 'sandwich'. Don't let anyone tell you there's another way.

There's another photo I came across in my hungry writer album that takes me back to childhood. I wrote about my dad's green beans here. But here's a poem from many years ago when I first started writing. 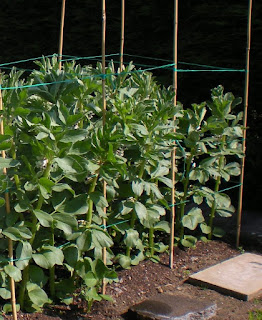 but in August we pushed
between the rows with a colander
and your orders to leave the small
and not to miss the big.

The coarse underside of leaves
grazed our bare shoulders, sun
dribbled through the overlaps.
We smelt hot, uncooked beans

and tugged them from their stalks,
some solid bodied, plumping
along their length, others curling
like witches’ fingernails.

In the kitchen you topped, tailed,
and pared the spines away.
Just a plate of these’ll do me you used to say,
with butter and a drop of pepper.

At the end of Summer
you saved twelve maybe twenty
moist red hearts
to harden in brown paper.


As a poem it has weaknesses. I can see that now. But I am still fond of its simple honesty. And honesty and directness are qualities I want to have more and more in my writing. And I want to recognise them in other people's words too. So many poems in my first poetry collection relied heavily on what I call 'literary fireworks': clever linebreak, extended metaphor, imagery designed to startle. I'm aiming for a quieter approach these days. Not that it makes the crafting of the work any easier though: simplicity doesn't mean an absence of effort. Remember what Fred Astaire said?

If it doesn’t look easy, you aren’t working hard enough.

Hi Lynne, I thought I'd commented but it seems like I'm a bit thick with answering blogs! So in a nutshell (because my original comment was a bit long) I love poetry, words and food. I know that you gave youself a year on this but I don't want you to stop (unless it's for The Real Port Talbot!)and as much as I loved the ice-creams of the 1950's and 60's I must agree with your dad - fresh green beans with butter and pepper....heaven!!

Hi Linda - I don't think I can stop now! And Real Port Talbot seems to be merging with it too : ) Evans Pies are on my list of PT foody things to cover.