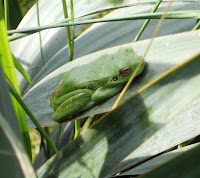 the easing of grief

a stone beneath the cypress

Look at them, they are giants! Just like the flaming stalk of one another giant carried from Mount Olympus to Earth, fire stolen from the gods, the gift of civilisation. Poor Prometheus. He paid for his defiance, of course. Well, his liver did, pecked by an eagle day after day, renewed each night until that champion, Heracles, set him free. I wonder why he chose a fennel stalk. Surely, he wouldn’t have been short on torches, oil soaked cloths. How could a fibrous stem have kept the fire blazing? But it’s a myth not a history. The sense it makes is what we want it to make. Fennel as food, insect repellent, as medication. When I sip my home-made fennel tea a story of courage, of generosity, enters me.

Poem ~ No Through Road

After I loop through the woods I know I’ll come back to the lane, the same lane I’ve been running along for five years but from this direction it is suddenly unrecognisable – the hollow at the roots of a huge oak, the rise of the bank, the sky tunnel of branches are all unknown to me. And even though reason is telling me otherwise something is feeding the beanstalk of trepidation. And I think of the cat, how after nine years she can still walk out of the backdoor and abruptly freeze, every muscle tensed, as if there might be assassins lurking between the fruit trees, traps laid in the grass. So, perhaps wanting to make a point to myself, instead of turning right for home at The Green I take the narrow No Through Road behind the pub   I’ve never ran along before and find, at the end, a footpath that swings me around onto East Street whose cottages fringe the village. I suppose I want to believe there is always a way ou