100 years later and here they are on the Village Green ~
fifteen local men, seamen and soldiers,
some barely out of their teens before they fell.

Remember them crouched in trenches, crossing fields,
on the decks of ships, in the bodies of submarines,
never imagining themselves memorialised

a century away from the mud and guns, the gas,
a burning sea in Iraq, France, Belgium, Greece.
I recite their names, their regiments, aloud, tell them

I am alive because my grandfather survived
the Somme. I think they would smile if they could. 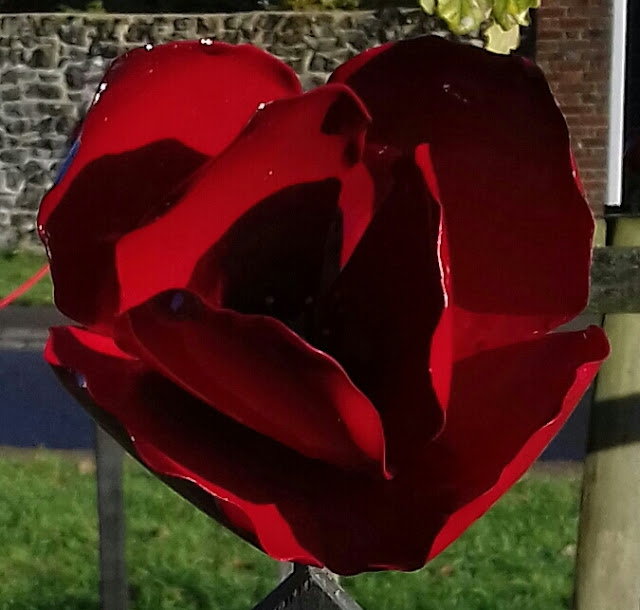