Opening the box. And Teisen Lap.

on April 24, 2016
We were looking for an old black and white photograph last time I was home in Wales: my parents sitting on an outcrop by the River Nedd where it enters Briton Ferry, beside the road bridge that opened in 1955.
'I'll have a look in Granny's box,' my mother said. 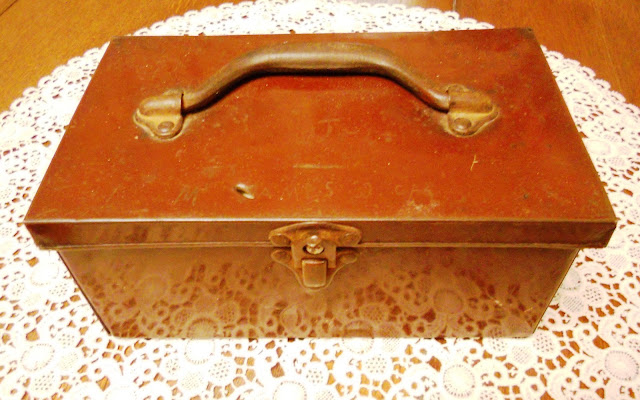 Granny's box, that now holds photos, a small Welsh bible and newspaper clippings, was the tin box my D'cu (Grandfather) took to work with him when he was a Doubler in the Tinplate Works in Llanelli, pre and post WWII. One of the men who bent, or doubled, sheets of hot rolled iron or steel bars in half with a large set of tongs before they were rolled again, maybe three or four times, and subsequently coated with tin. I remember that he always wore his belt buckle fastened towards the back, a legacy from those years to avoid catching the handles of the tongs in a front fastened one and a mishandled sheet slicing through flesh.

I don't know what he carried in his box to eat during his dinner break. I can guess at white bread and strong Welsh cheddar. Jam, maybe. Perhaps, at the beginning of a week, some cold meat left over from Sunday.

If you run your fingers over the front edge of the tin, catch it in the right light, you can make out his scratched name and part of his address: M [Martin] James, 2 Cae [Cottages].

We didn't find the photo we were looking for. But found this one instead. 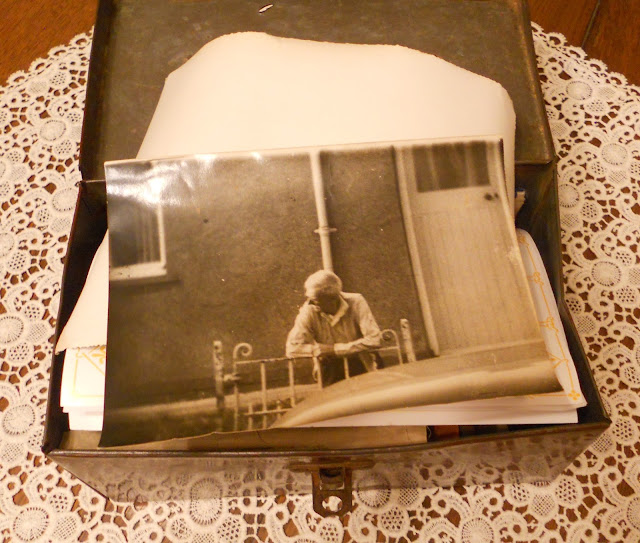 This is how I remember him, leaning on the front gate, satisfied with his own company or chatting with anyone who passed. And how I wrote about him in a poem about grandparents and grandchildren and memory:

How Dadcu wore his belt buckled at the back, pulled
so tight around his skinny waist the tops of his trousers
fluted like piecrust;

And in this one:

My grandfather leaning
on the front gate, sunlight
glinting off the silvered stubble
on his head, cropped weekly
without fail, speaking
in a language I recognised
but never fully understood.

Maybe, if Granny had made Welshcakes, he might have had a couple of those in his box, but given how my father always chuckles about his mother-in-law's cooking they might not have been that welcome. Although I can't imagine my D'cu complaining about them. Complaining about anything really. He was a man with only a few simple needs. Low maintenance, we'd say today.

These Welsh memories always bring me back to food. Today it's Teisen Lap or Moist Cake. The first and last time I made it was in school, around 1970, and I remember being particularly unimpressed with the flat, rather dry disc of cake my culinary talents produced. Some things do get better with age! And I should thank Parc Le Breos Guest House on the Gower Peninsula for their online recipe which produces a sweet and moist circle of deliciousness. 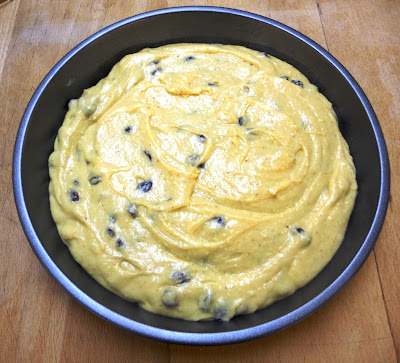 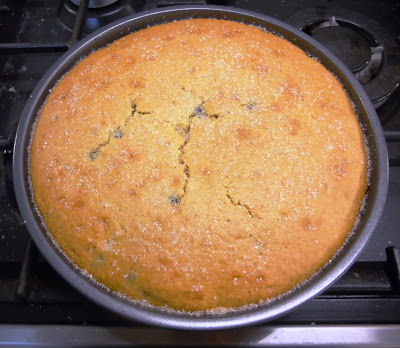 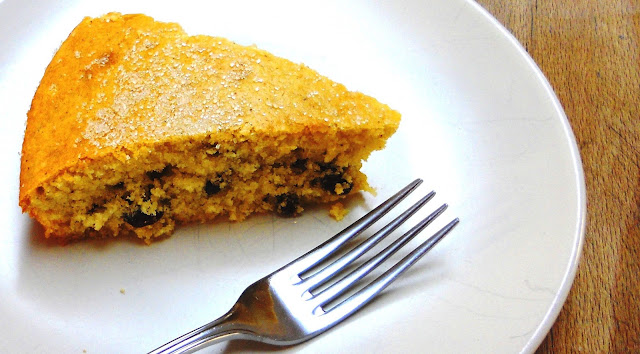 Perhaps in another dimension of time, in some kind of parallel universe, I could wrap a piece in greaseproof paper and slip it into D'cu's tin. I'd make it a big one.
cakes grandparents memory recipe tiesen lap