The Knack of Running and some Snick-Snacks

on March 10, 2016
It's not rocket science. You put on a pair of daps, go outside and run. But then you start reading about gait, cadence, foot-strike, the best shoes for you and you wonder if you're doing it right. (Even though you've been running since you were 4 years old!) But there are a myriad articles about runners' injuries to shins, knees, hips. So you should probably talk to an expert, shouldn't you? And suddenly it becomes rocket science. A different kind of rocket science depending on which expert you talk to.

I'm sounding a little sour because ever since I took an expert's advice and changed my running shoes a couple of weeks ago I've been tip-toeing around the house like the Sugar Plum Fairy because of a strained Achilles tendon. And over the last year not one expert has ever warned about changing shoes gradually, doing short runs in the new ones before chucking the old ones out. I just put them on, thought, 'ooh comfy', and set off for 10km.

But ice, ibuprofen and short runs later it's all getting better. And I'm starting to believe there's a lot of pseudo-science around running shoes. A lot of it based on fashionable thought promoted by big sports brands who want your money rather than on proven scientific facts. I'm sure Roger Bannister didn't have his gait checked. And my 'comfy' reaction to shoes seems the best bet in the future, combined with a slow transition, as this article points out.

These are the reasons why I run. (The fitness is a bonus.)

And talking about fashion, and food: do you remember Leslie and Susannah Kenton's Raw Energy book that first appeared as far back as the 1980s, I think? I bought it but didn't get near to eating the ratio of raw to cooked food they recommended to de-stress, look younger, feel fitter etc etc. But the book remained in my memory for two reasons.

One, a story Susannah Kenton told about how she burnt the skin on her face after she tried to get rid of a big spot by applying fresh garlic and a plaster for a couple of days. I'm guessing she didn't have to leave the house in all that time?

And two, Snick-Snacks. Or at least I think that's what they called them as that's what I wrote in this old recipe book. 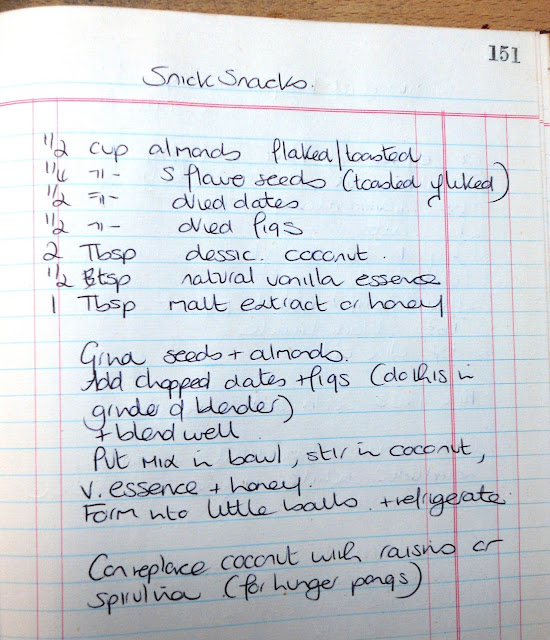 But I never ventured as far as 'spirulina (for hunger pangs)'. If you eat one of these you don't get hunger pangs - not with all those figs, dates, nuts and seeds. 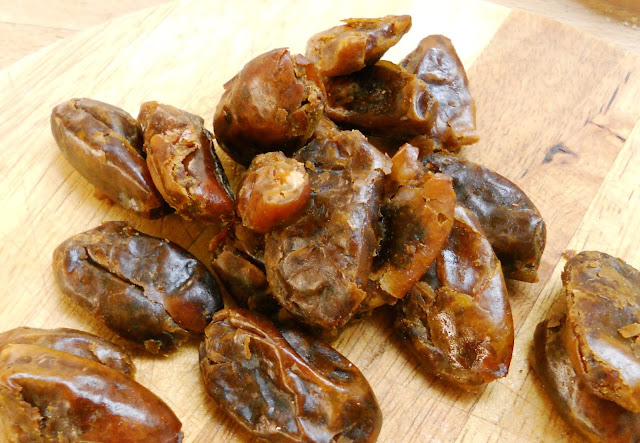 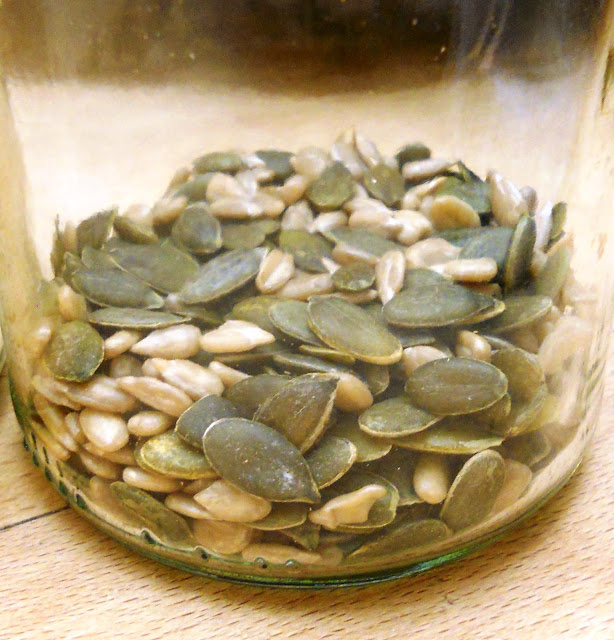 They sound very worthy, I know. All natural and raw ingredients. Full of slow-release energy (good for runners). But they don't taste worthy. They taste like a treat. Even if you're not a big fan of figs and dates. The coconut and vanilla essence have a transforming effect. Sweet and delicious. And not a single fashionable ingredient. Come to think of it, that's probably why I ignored the spirulina in the first place. Enjoy. 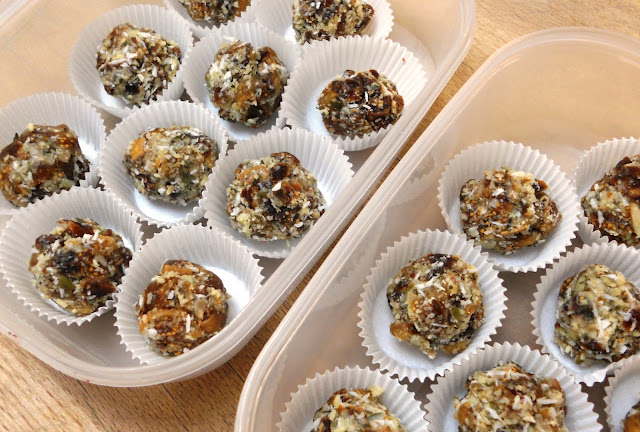 The recipe makes about 16 to 18 little balls - they're miniature cake cases, not cupcake size, in case you're wondering. I usually double up the amounts, make about 32 to 36 and keep them in a sealed container.

Unknown said…
Hi Lynne, great post! I agree, there is too much information given by too many experts about running and often the information contradicts itself. Just listen to your body and don't push yourself in shoes that cause you pain. On another note, those snick snacks looks delicious, I'll have to try give them a try sometime.
01:43

Lynne Rees said…
Thanks, Monica! I switch between making these and buying Nakd bars but the former are more satisfying for a 'real' taste. I'll let you know how the shoe issue resolves itself...
07:24

grams ramblings said…
With the running, there's a lot of money to be made with the obsession.. My daughter and her husband are keen runners and they have magazines with articles written by "experts" to tell them how to, where to, how not to, when to, what to wear, what not to wear.... fortunately they are both very frugal and not easily persuaded to part with their hard earned cash... as for me i need to just get out there as I promised myself a few months ago...

Lynne Rees said…
Hi Marian - the 'getting out there' in the first instance is the hardest part. I started running 20 months ago by doing a 30 day project: 30 mins every day for 30 days, a mixture of walking and jogging until, at the end of 30 days, I could run non-stop for 3 miles. It was so hard and required so much effort to commit to every day I was determined not to lose the fitness after that! This is the programme I stuck too.
http://www.selfgrowth.com/articles/3_Miles_in_30_Days_Running_Program.html
11:40