I started running a year ago. Last October I hit the treadmill for 30 mins each day, walking and jogging intermittently, until after 30 days I could run 3 miles without stopping even if I did look like a grimacing Halloween pumpkin at the end of it. Running is hard.

A year later running is still hard, not as hard as it was because I am fitter and stronger, but it still requires effort. Effort to get up and go out and run first thing. Effort to ignore the voice whining inside my head: Why are you bothering? You've proved you can run 5k and 10k. What's the point in carrying on? Whinge, whinge whinge. But, as my running coach, Kerry Hayward from Meopham & Malling Ladies Joggers, says, If it was easy everyone would be doing it!

I try not to pay attention to the whining voice while I'm running. I open a cupboard in the corner of my skull, push her in and slam the door for the duration. But, why am I bothering?

Because I want to get older as healthily as I can.
Because I no longer get breathless running up and down stairs.
Because I can throw, barrow and stack a week's supply of logs for the wood burner and not ache at all.
Because the space in my head feels like the cool green air you find in a tree tunnel.
Because when I am running the me-ness of me is as authentic as I ever feel.

And if I needed any further inspiration, because this morning there would be a full English breakfast and as much tea and toast as I could drink and eat at the end of it. Let's be more precise: at the end of 7 miles of it. But with the bonus of astonishing views along the route ... 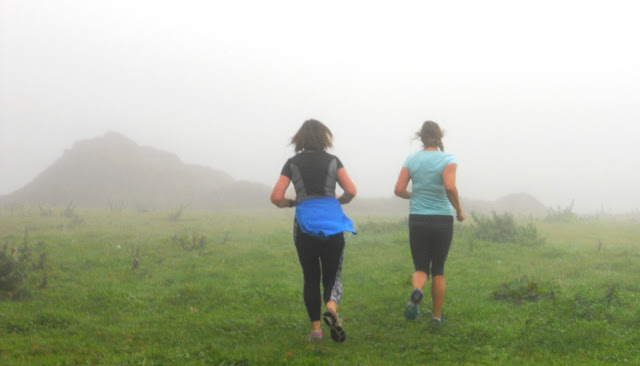 Ah well. If life gives you mist, keep running. And don't forget to stop and smell the sunflowers.

This is the route we took, from Camer Park, near Meopham, to Hodsoll Street, near Stansted ...

... where, in the charming Hodsoll Street and Ridley Village Hall, a happy clutch of men and woman cook a £5 Big Breakfast for dozens of local people and walkers, and now, runners, on the first Saturday of the month. 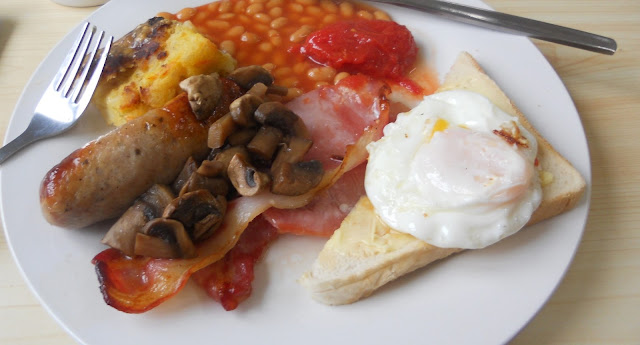 And yes, it really is worth running 7 miles for. Again. And again.

Hungry writing prompt
Write about trees in the mist. 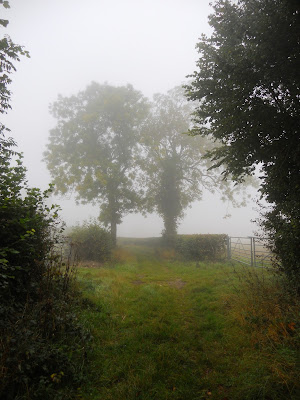 Thanks, teri! I've surprised myself really!