on May 20, 2015
At the beginning of last year I left some oyster shells on a friend's fresh grave in Pennard churchyard on the Gower peninsula in South Wales: he loved the sea. I couldn't get to his funeral a few weeks earlier and I wanted to have a chat and say goodbye. So I collected shells from Aberafan Beach, where my parents live, shells washed in from Swansea Bay, a bay we shared during different parts of our lives, relics of an oyster fishing industry that can be dated back to Roman times but which had its heyday in the 19th century. At its peak in 1871 fishermen brought 18 million of them ashore, exporting them to London and Europe, and there's still a seemingly endless supply of sea-rubbed, encrusted half shells to be found on the bay's beaches. 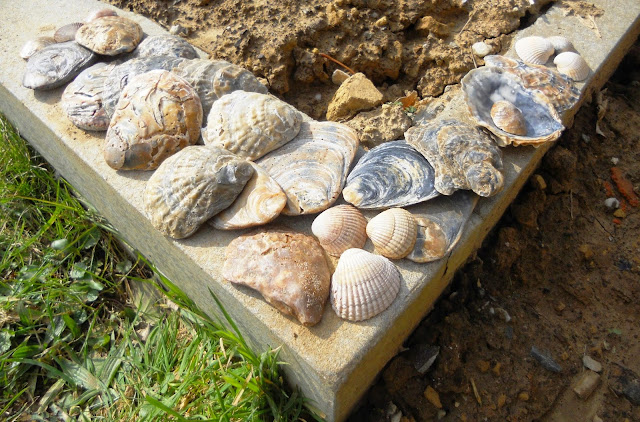 Oysters are on my mind as I've just come back from Jersey, a nostalgic trip to the island where I lived between 1978 and 1985, where I ate Jersey oysters poached in a champagne butter sauce at The Oyster Box in St Brelade's Bay. 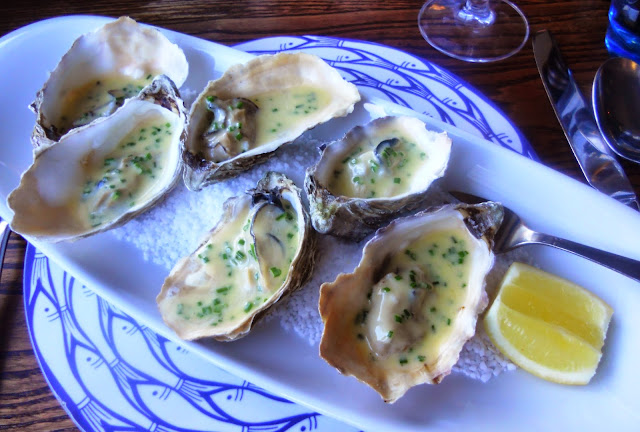 Swansea Bay oysters had fallen into decline in the 1920s from over-fishing, pollution and disease but at the end of 2014 a project, led by marine biologist Dr Andy Woolmer, to repopulate the bay started to show positive results: a brood stock released into a 35-hectare area of sea the previous year were growing and starting to reproduce.

My friend, Nigel Jenkins (1949 - 2014), would have appreciated this, a man who was deeply connected to his town's and country's heritage and history. He'd have surely written about it in a third Real Swansea if he'd lived. He may even have known Andy Woolmer who completed a PhD studying the seabed of Carmarthen Bay at Swansea university where Nigel led the creative writing programme until the months before his death from pancreatic cancer.

Words and laughter. The two things that come to mind when I think of Nigel. His passion, energy and precision in the former, the rumble of his deep bass voice and genuine enjoyment for life in the latter.

Jonathan Swift is reported to have said, 'He was a bold man that first ate an oyster'. And you have to agree with him even if you're a big fan of grey, wobbly bi-valves. My first experience of eating them, at an oyster festival in Toronto in 1988, was shored up by several glasses of champagne. My friend told me to swallow them whole and the experience of wet flab slipping into my throat alienated me from them for years.

I met them again in a more positive light, when I was living in Antibes/Juan les Pins, at the exquisite Festival de la Mer, where they were served in the half shell coated in a warm sabayon sauce and flashed under the grill. Not too dissimilar from the Jersey oysters above, except the latter's sauce was more delicate and seasoned with fresh, chopped chives. 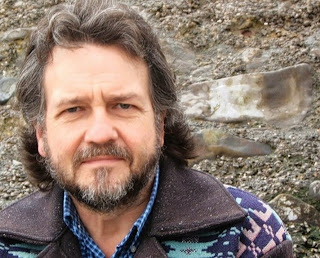 I am grateful to Nigel Jenkins for the years of his friendship. In my last letter to him in December 2013 I told him, I want you to stay around for a long time. For Margot and your daughters and close friends. And selfishly for me too. When you like people, and they feel that warmth, it makes a difference to their lives, Nigel. Maybe because they know – I know – that you do not tolerate navel-gazers and clever dicks and pomposity! So we feel saved!

Hungry writing prompt
Write about being saved or saving someone.

But I am grateful to him for his support and encouragement too: his invitations to edit and teach with him, how his belief in me as a a writer convinced me I could write a good Real Port Talbot.

The word 'oyster' has its origins in the Greek ostreon, related to osteon meaning 'bone'. We also tend to think about oysters in conjunction with pearls, and the enduring myth of how an irritating grain of sand transforms into a thing of beauty. The reality is even more wondrous:

It is thought that natural pearls form under a set of accidental conditions when a microscopic intruder or parasite enters a bivalve mollusc and settles inside the shell. The mollusc, irritated by the intruder, forms a pearl sac of external mantle tissue cells and secretes the calcium carbonate and conchiolin to cover the irritant. This secretion process is repeated many times, thus producing a pearl. Natural pearls come in many shapes, with perfectly round ones being comparatively rare. Wikipedia

Oyster. Flesh and bone. The health of which we all rely on for each and every tenuous day of lives. 'Accidental conditions': how else to explain those cruel, indiscriminate cells?

What did I talk about as I settled the oyster shells on the corner of Nigel's grave? I apologised for the Aberafan shells in favour of the Swansea ones he once pointed out to me on the beach near the marina there. And I swore about the damn unfairness of his death. And I told him about my dead Carmarthen grandmothers, their footsteps I was tracking along lanes between church and farm, from village to village in the 18th and 19th centuries. About running like a startled whippet along one lane too narrow to accommodate a whippet plus a convoy of monster tractors and trailers! You gave me this, I told him, the idea I could write their stories, that I could conjure them back to flesh and bone. And then I said thank you and went home.
Jersey Nigel Jenkins oysters Swansea Bay writing prompt