The Only Way is Running

And take-offs! Unexpected drama this morning at the doctor's surgery at Kings Hill, a brand new village built over the last 25 years on the former site of RAF West Malling, when a petite and glamorous young woman appeared to mistake it for the set of that bastion of English culture, The Only Way is Essex (good taste prevents me from sharing a link).

Now, I've only ever seen the trailers so perhaps my opinion is uninformed but that was my immediate response. Not because of any one thing about her though. It was more the accumulation of details (the most superbly fitted velour tracksuit I've ever seen, brand new Ugg boots, bouncy blonde pony tail, spray tan, false eyelashes and nails, a gorgeously pert pair of breasts, a tiny waist and a Smartphone surgically attached to her palm) combined with her behaviour (stalking back and forth in front of the reception desk, some heavy duty finger pointing, and admirably articulate yelling for 'Nicola' to come out and speak to her 'face to face'). When she turned around to the captive audience in the waiting room and asked us, 'Do any of you think the receptionists here are a load of snotty bitches?' there was a split-second of felt, though unspoken, support - I reckon nearly everyone's had to deal with a jobs-worthy, intractable doctor's receptionist at some point. But when the maligned Nicola appeared from behind a partition, visibly shaken and pale, and whispered that she'd hung up on her because she didn't like being shouted at any potential tide of sympathy shifted firmly in the other direction.

It was a welcome shift back to normality though the room, and all of us in it, did seem a little dowdy and grey, just for a moment.

Whether all this has anything to do with my intention for this blogpost remains to be seen... 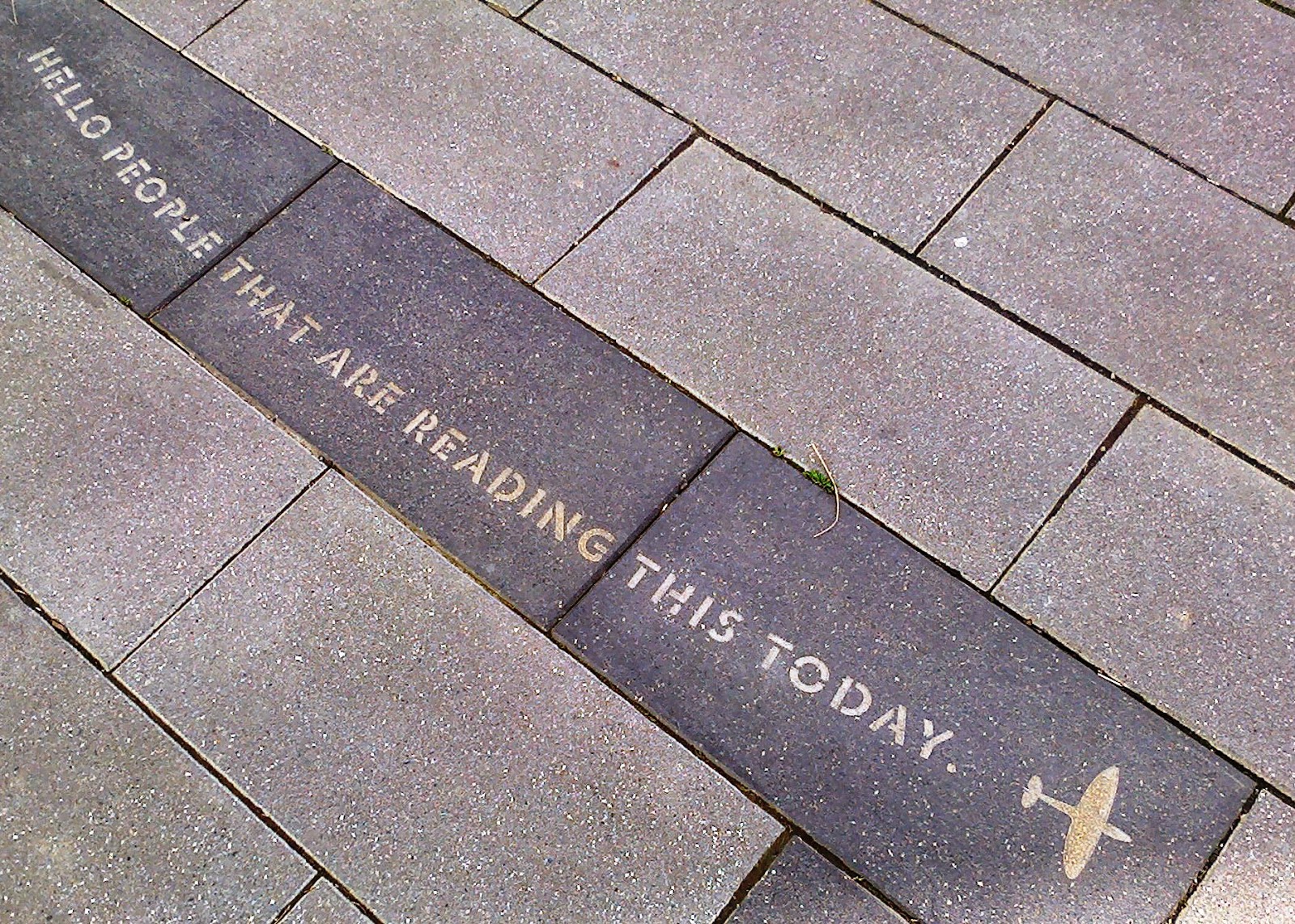 Regular readers might remember my post Welcome to the Hotel Decrepitude back in December 2013 where I bleated about, among other things, high cholesterol. There wasn't a great deal I could do to improve an already healthy diet but after 6 months of denying myself butter and knocking back cholesterol lowering yoghurt drinks nearly every day surely there'd be a significant drop? There wasn't. So I welcomed back the butter and abandoned the yoghurt fixes and tried not to listen to the voice in the back of my head who knew exactly what I had to do: get off my arse and move more.

By the end of October last year I couldn't ignore her any longer so I set myself a 30 day programme of walking/running on the treadmill for 30 minutes every day with the goal of running 3 miles non-stop at the end of it. And I did. And I've kept up the running ever since, on lanes footpaths and parks, building to about 15+ miles a week. I've also signed up for three 10km runs during the next 8 months.

Apart from the benefit of feeling so much more alive and vital, physically and mentally, and enjoying the natural landscape I'm running through, it seems I've also cracked the cholesterol problem. At a British Heart Foundation charitable 'healthy heart check' a couple of weeks ago my overall cholesterol level was 3.8 (down from 6.7). I know! OMG as they say in TOWIE. 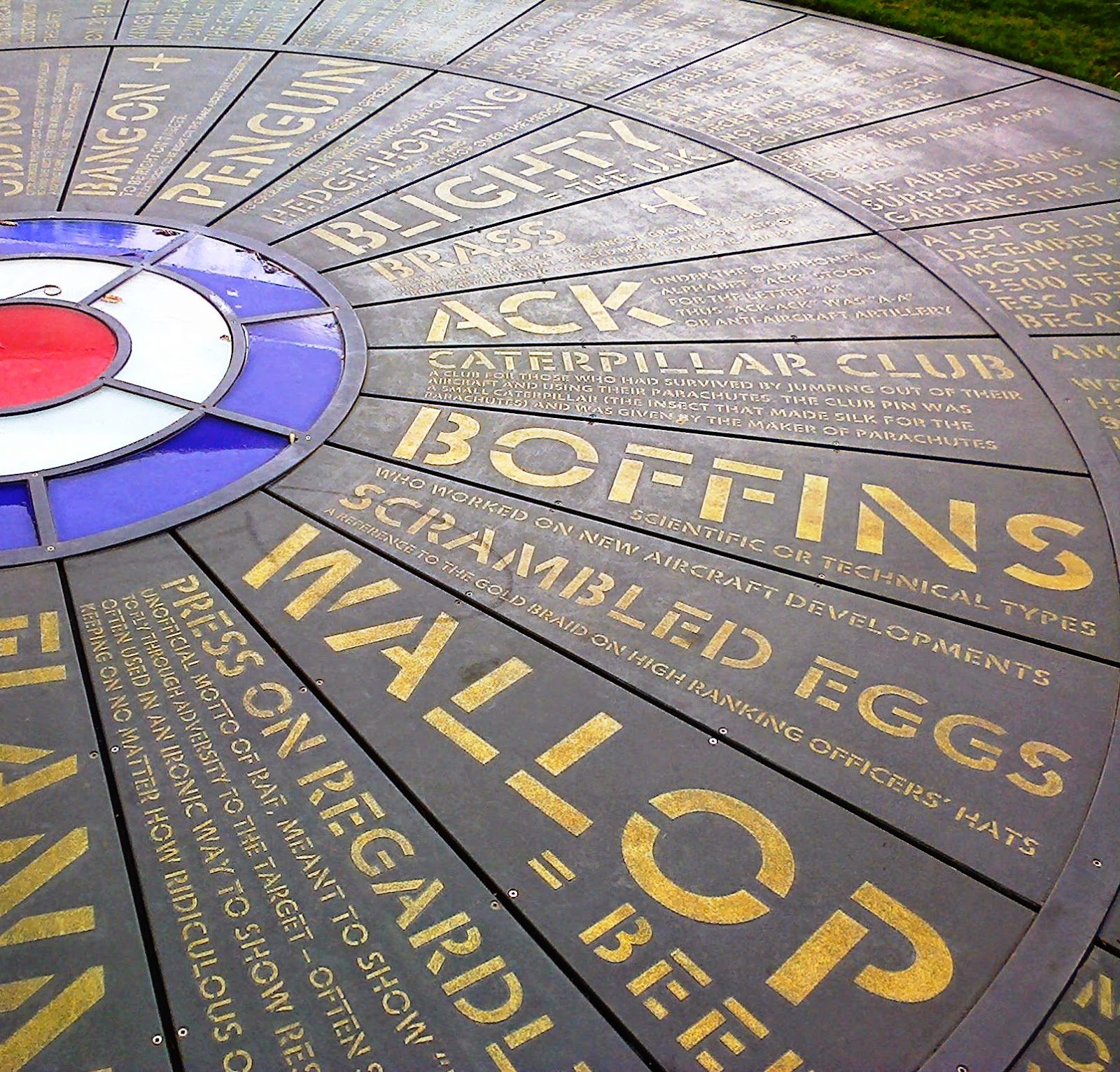 Today's appointment was at my doctor's request for a more detailed cholesterol test broken down into the good, the bad, and the something else and I am, of course, hoping that this tests confirms the previous simple 'finger-prick' result. There's no reason why it shouldn't.

When I left the surgery I spent some time looking at the word sculptures (created by the culture and place-making consultancy, FutureCity) set into the paving stones and garden area around the old airfield's Control Tower (now Costa Coffee). The RAF Roundel at the back of the tower is constructed of words we associate with British war movies - chocks, boffins, Blighty - and the brief tales of airmen who flew from the station during and after the Second World War. The seating roundel at the front of the tower has a story you can read by slowly circling the wooden bench, your eyes following the trail of words from the outer rim to the heart.

I'm pleased the developers, planners and designers have remembered the land's past with words. So much history is held in the voices of ordinary people. Stories that often don't make it to academic history books. 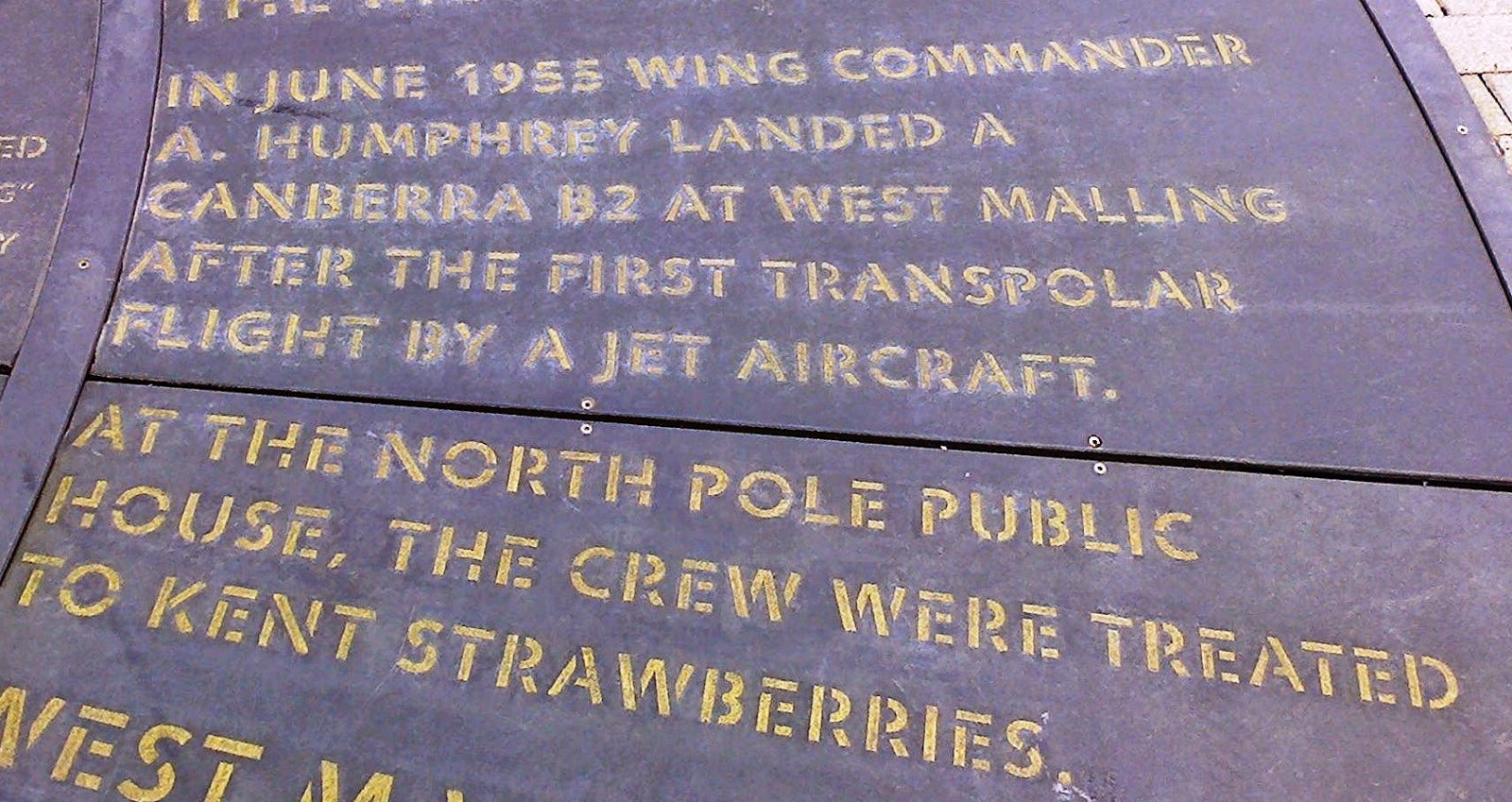 And here is Commander A Humphrey, 60 years later, still enjoying his Kent strawberries at a pub in nearby Teston, the blood in his veins still fizzing from his airborne success.

It seems there's always food at the end of every good story.