on March 12, 2015
Hungry Writing Prompt 1
Write a spontaneous list of the gifts you have received.

A doll's house, a silver locket, white tights, The Child's Illustrated Bible, pens, a leather jacket, a perfume the Queen was supposed to wear, chocolates in a silk covered chest with a dozen secret drawers, magnetic poetry, a maple tree, a Barbie birthday cake, a magic penguin, a blue pearl, a mug painted with a happy cat, a red heart-shaped balloon, love and kindness, laughter, chocolate buttons offered in the hot hand of a young man with Asperger's, so many thank yous, sunrises and sunsets, two rings, a home, words, running...

And the most recent gift I received? This. 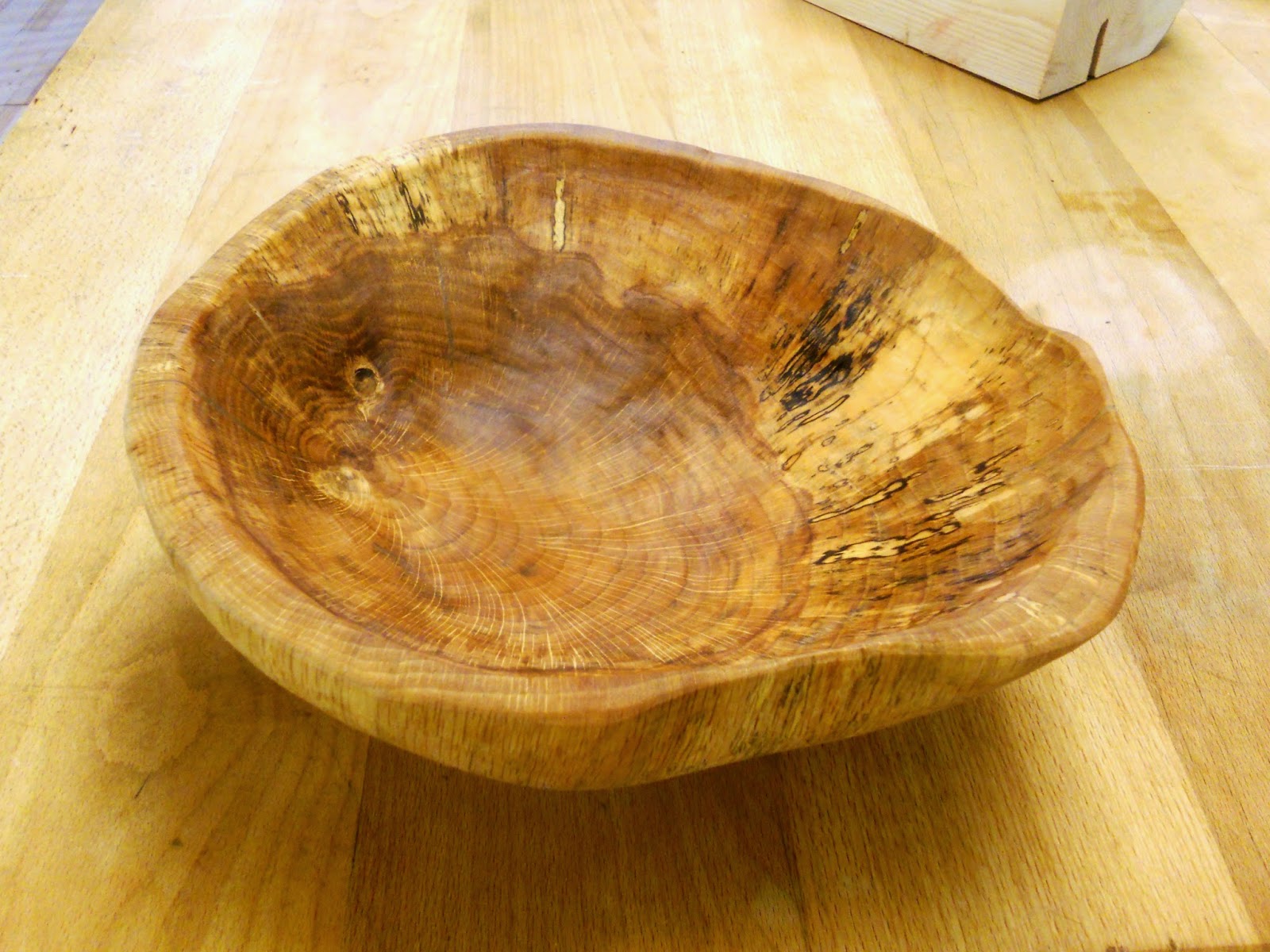 A bowl that Tony made me from the branch of a tree. You can see the point on the left where it would have been attached to the trunk. I know. I'm lucky. And you'll be even more astonished when I tell you he created the basic shape with a chain saw. I know. He's clever!

Hungry Writing Prompt 2
Write a spontaneous list of the gifts you have given.

I found this list was harder to do. I'm going to go back to it when I'm in a quieter space. Perhaps we more easily remember the good things and kindnesses we receive than the ones we give to other people? But I did make Tony a gift this week. Candied ginger. 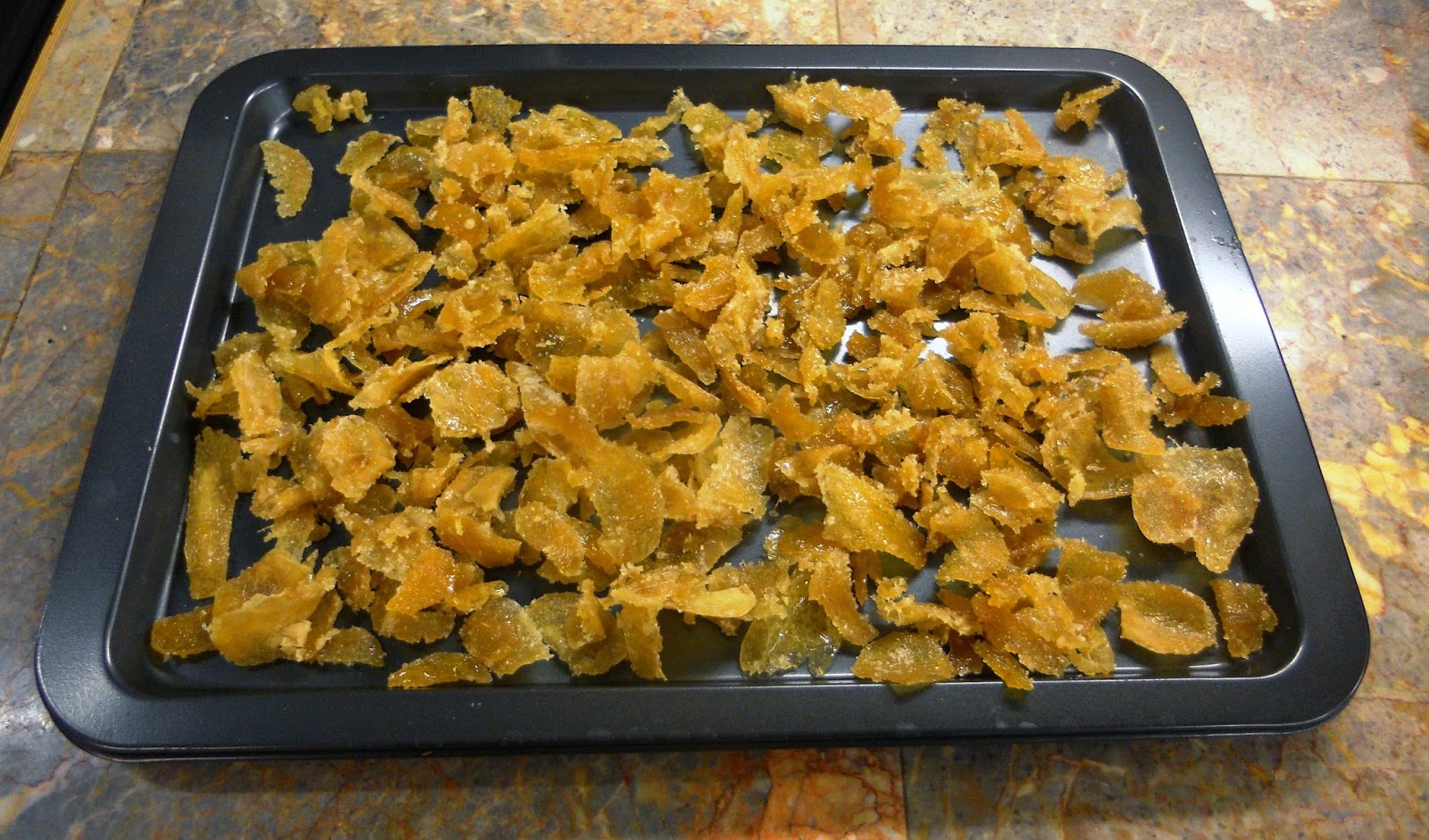 How far you believe in the efficacy of ginger depends on how much scientific proof you require. But you don't have to believe in anything to just enjoy these sweet chews. If you like ginger of course. But even if you don't you should still try one. You might be surprised. I was. And they do make my currently grid-locked throat feel better. And they are magnificently effective on a niggle of indigestion. And as far as 'candies' in general are concerned these have to be better than commercial ones made with gloop. (Science isn't my strong point.)

I should warn you this is rather a labour of love. But worth it.

All the smart advice for peeling ginger is to scrape at the papery skin with the edge of a teaspoon. That's fine if you're just peeling one or two fat knobs but a potato peeler is quicker and easier with a quantity.

Once peeled I use a hand-held mandolin to finely slice it. Then I cover the sliced ginger with water in a saucepan, bring it to the boil and simmer for about 45 mins until about a quarter of the water remains.

Over a low heat add the sugar and stir until it melts. Bring back to the boil, then simmer and cook for about 20 to 25 mins. 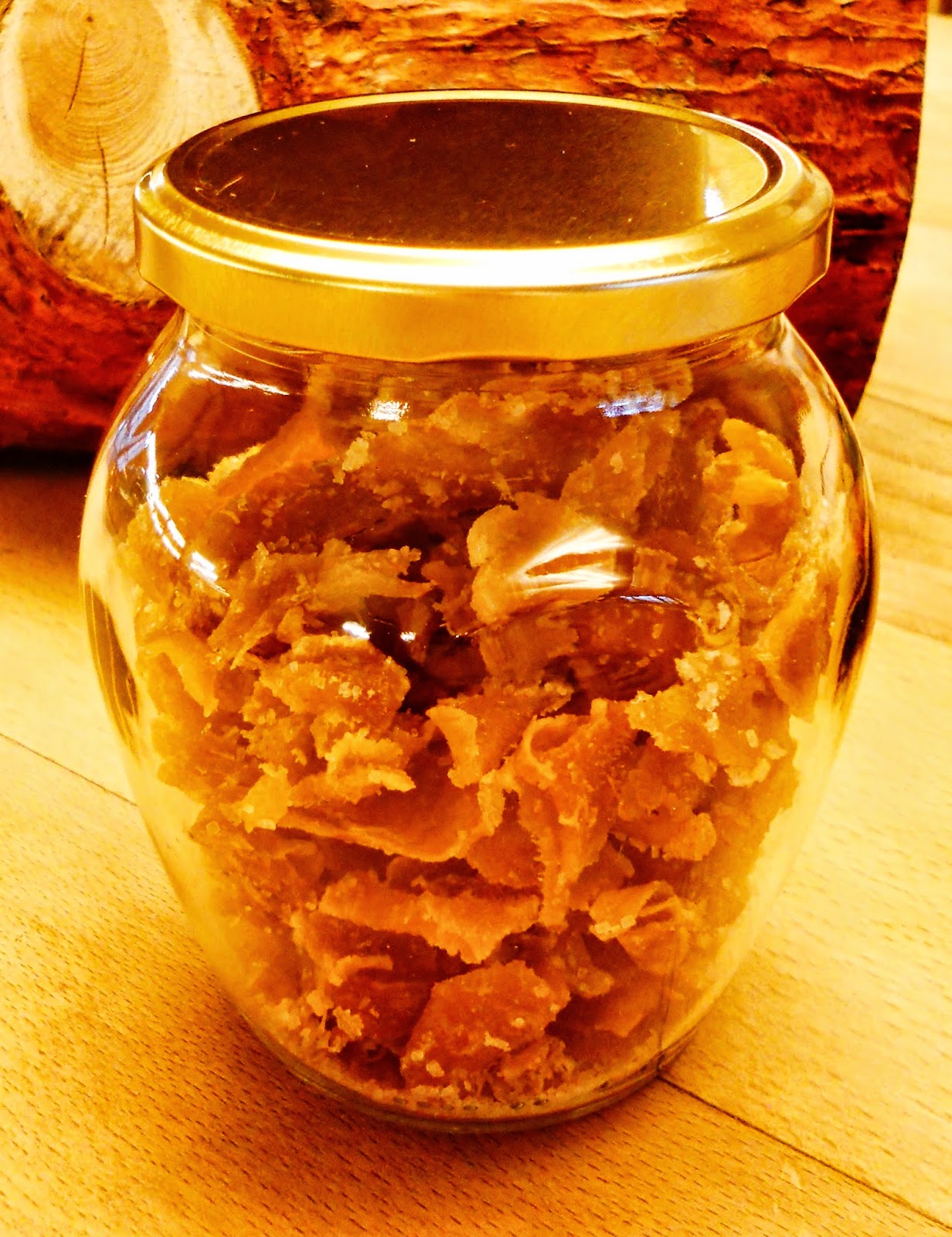 Drain the ginger (and keep any syrup for eating with vanilla ice-cream - oh yes) and toss it thoroughly in three quarters of the sugar. Then spread it out, as thinly as you can on a couple of non-stick baking trays, or trays lined with baking parchment, sprinkle with the remaining sugar and put them a very low oven (100 to 120 degrees) for about 90 minutes.

I like to shake and shiggle all the ginger onto one tray at this point (see the photo above) and leave it to cool completely, for a few hours or even overnight, during which time it will get crisper, and then I tip it into a jar.

To be honest, as I'm typing this out I'm thinking, 'What a hack!' so if you live near me just pop in and try some! I quite enjoy making them and I might have a go at doing a similar thing with orange peel because I've just remembered that, years ago, someone gave me a gift of a china lidded dish in the shape of an orange which was filled with candied orange peel.

It somehow managed to be a gift of opulence combined with everyday ordinariness: the exquisite china orange holding the skin of a fruit that we normally throw away. There's a metaphor in there somewhere. I just haven't worked out what it is yet.

Caroline said…
I love ginger. I love the list and will take up the writing challenge. Most of all, I love the bowl - and cannot resist a snigger that 'Tony gave you wood' - sorry! x
19:02