Does anything eat jellyfish?

on December 04, 2014
The mornings begin here, on Hillsboro Beach in South Florida, pretty much as they do at home: one of us makes tea and brings it back to bed. But we do not look up at the fickle English sky through the Velux windows or catch the faint drone of the motorway in the distance. Instead we gaze out at the Atlantic, the horizon brightening with the rising sun, the sound of the wind ruffling, or sometimes bullying, the water into white and whiter peaks.

Then our mornings' paths diverge a while for fresh papaya squeezed with the zing of lime, meet again an hour later for coffee made with milk and sweet with brown sugar, then strike off more determinedly for a walk along the beach towards Lighthouse Point, our feet in the shallows, keeping an eye out for shells and coral. And jellyfish. Quite a lot of jellyfish trundled out of a bolshy sea over the last couple of days.

Some are glassy and pinkly luminous in their freshness, up to nine inches in diameter, still pulsing faintly on the wet sand. Others have dried into bulbous clumps of aspic after their hours ashore. The blue and pink gas-filled sacks of Portuguese Men of War waver like sails on nests of weed washed up by the tide, their long inky tentacles as fine as cotton thread: colours that make you think of children's party balloons. 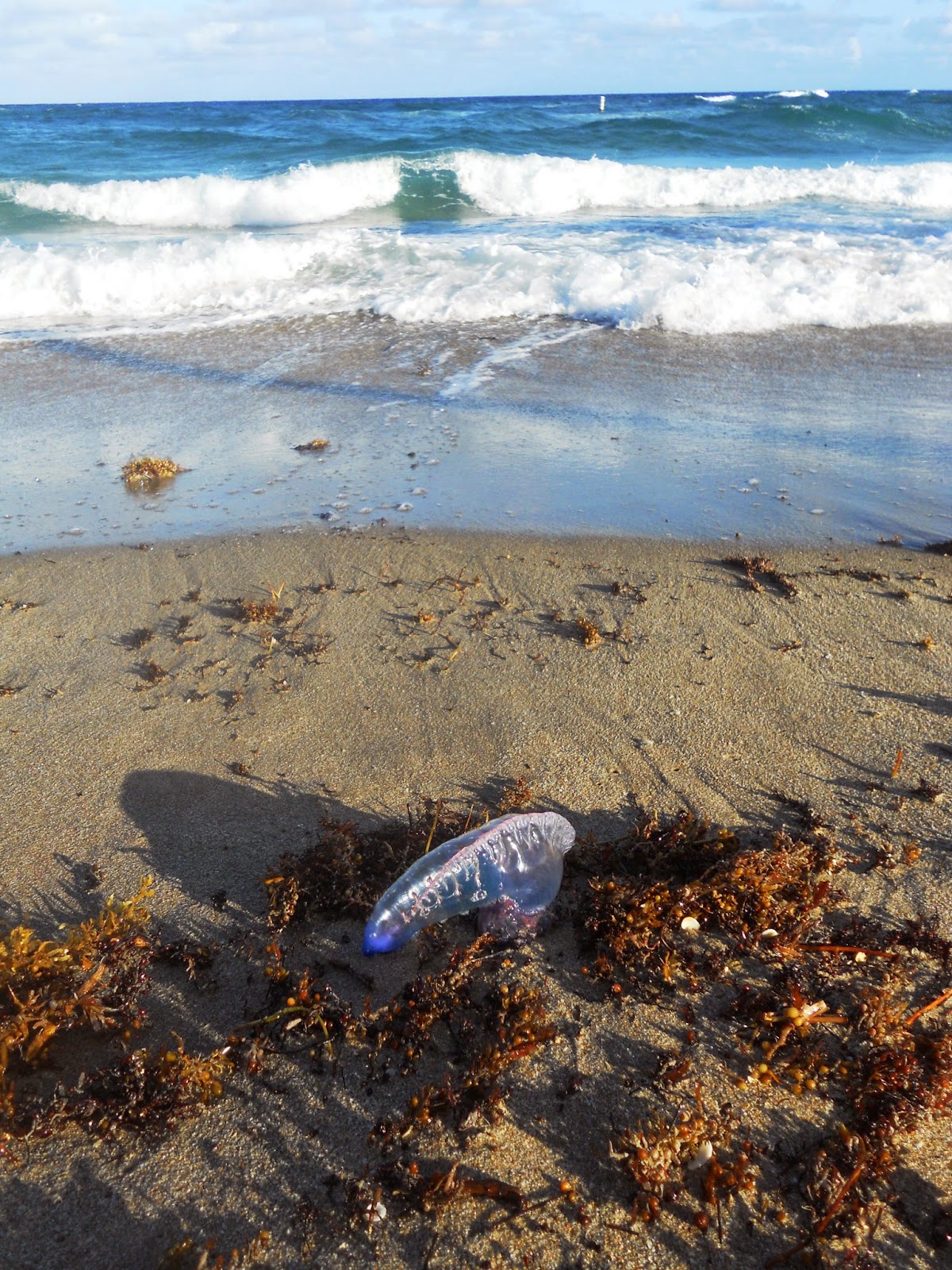 Sometimes ignorance really is preferred: after checking Wikipedia I now know that the tentacles from a Portuguese Man of War can sting long after the host is dead. That they can sting for hours, or even days, after being detached.

I don't want to either, although the gummy looking ones are served as a delicacy in some Aisan countries. If you're searching for that unique and attention grabbing job then 'Jellyfish Master' could be the one for you!

Late yesterday afternoon I walked back along the shoreline, trying to to snap a couple of photos of those glutinous ones... but all I could find were some scattered fragments of their former selves, sparkling like sea glass.

The pull of the ocean, its power and danger, its terrible beauty.

Hungry Writing Prompt
Write about something that sparkles.