Extreme Baking, or The Revenge of the Jam Tart 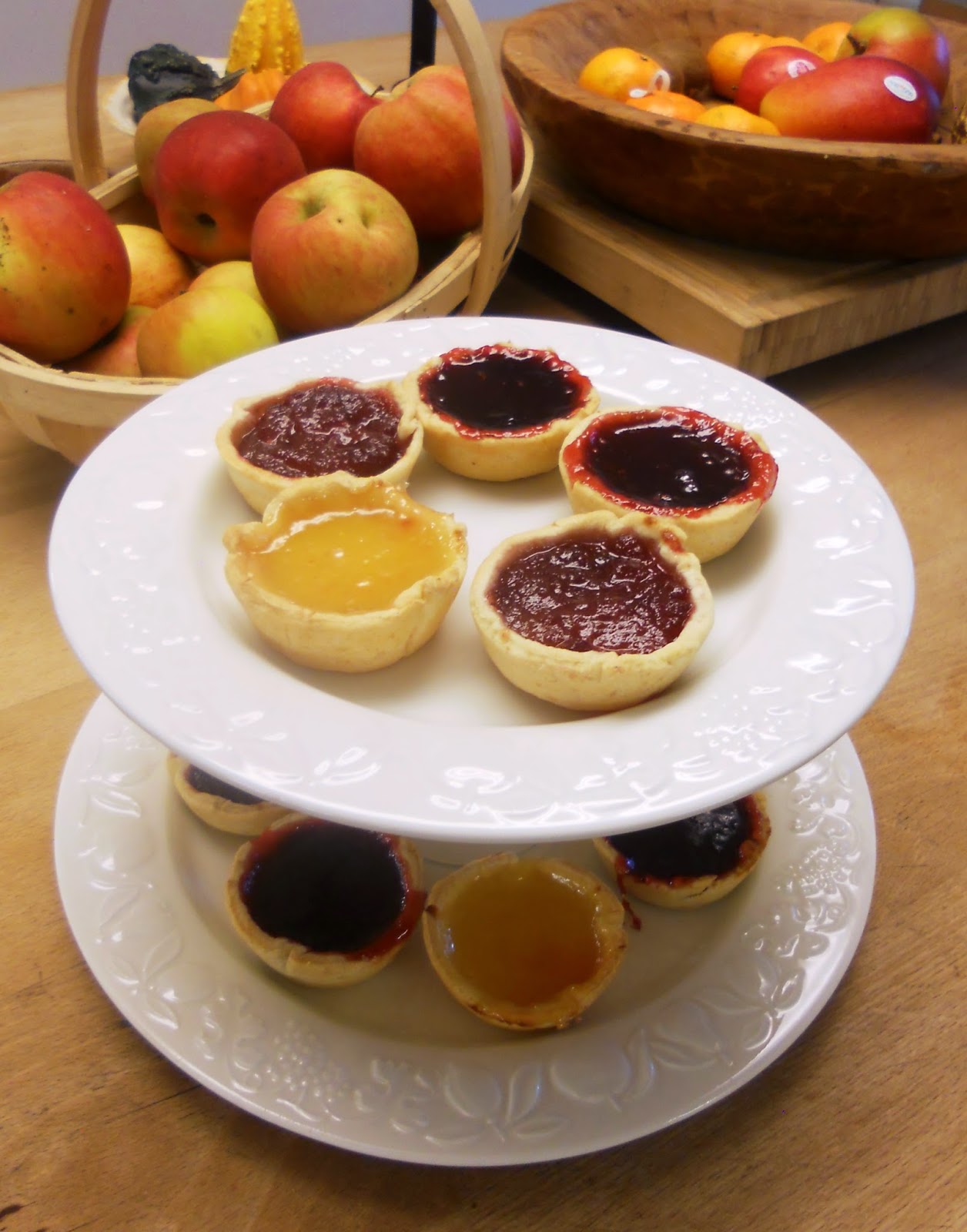 There have been a few pastry related discussions in our house over the last week.


1.
'It's frozen,' I said, picking up the box of puff pastry Tony'd just bought.
'Can't I put it in the microwave?' he asked
'No, it'll start cooking at the edges before the centre thaws.'
'I'll leave it to defrost then.'
'But aren't you cooking now? It'll take a good couple of hours to defrost.'
'Oh.'
'I'll go and buy some fresh pastry.'
'I didn't know they sold fresh pastry.'

'Trying to unstick your pastry sheet. If you're going to unroll it on the wooden counter, and leave it, then make sure the paper's underneath it.'

Him: 'I used the wholemeal flour to roll it out thinner.'


I really am trying to be supportive but when I see someone wiping a wooden surface with a ball of puff pastry 'to pick up all the crumbs' then my resolve falters. Best to leave the room at this point and repeat, 'My way isn't the only way' a few dozen times until the desire to criticise passes.

Tony's enthusiasm is one of his best qualities and it's what I love so much about him too. He oozes it. Will have a go at anything and work out any snags along the journey. As you might have guessed I'm more of a 'read all instructions, get everything ready, imagine what might possibly go wrong, and only then begin' kind of person. I'm also very territorial when it comes to the kitchen. Note to self: learn to share more.


Hungry Writing Prompt
Write about having to share something with someone.

But on an 'it'll be all right on the night' note, it did. They did. Mostly. The chicken tikka slices (made with leftover chicken and wrapped in puff pastry) were delicious: the pastry golden, the filling spicy and sweet with a dollop of mango chutney. 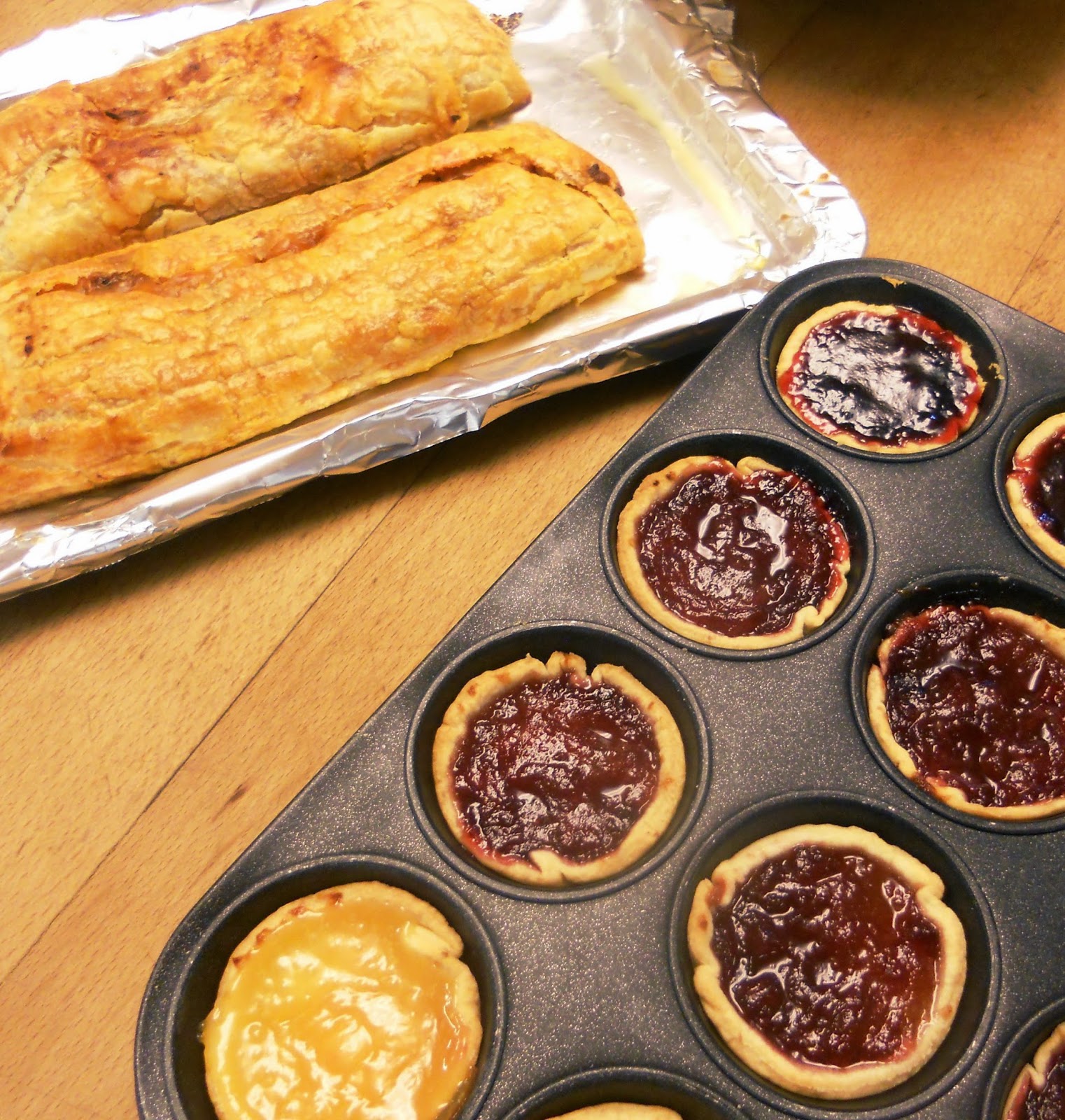 And the jam tarts had their good points too: pastry thinly rolled and lightly crisp. Although I think our disagreement over the optimum depth of a jam tart has had an effect. The ones filled with chunky apple puree mixed with blackberry jam (left of pic below) were lovely. The ones filled just with plum and damson jam were Jam Attacks. Invasion of The Jam Monsters. Jam Tarts: The Apocalypse. There is no scary movie title that can exaggerate their overwhelming, almost suffocating jamminess.


'Do you want to finish this,' I asked Tony, handing him the other half.
'Too much jam?' he asked with more than just a hint of a rhetorical question.

Norman Darlington said…
How lucky Tony is. And what a lucky woman you are too!
11:34