on August 21, 2014
"Pork belly," I said.
"What did you call me?" Tony asked.
This has been an ongoing gag between us ever since we were loading up the car outside Carrefour in Antibes around 2009 and Tony asked me to toss him a packet of freshly cut jambon so he could make an impromptu ham baguette in the front of the car. There were two different sized packets.
"Big ham?" I said.
"What did you call me?" he said.
Ensuing fits of giggles.

For me the best jokes are those that arise from silliness because the laughter feels pure, healthy. We're not laughing at anyone, anything. It's all about joy, a lifting of the spirit.


Hungry Writing Prompt
Stand in front of a mirror and laugh for one whole minute.
Then write about laughter

This was the above-mentioned pork belly. Rind cut off (for crackling), bones cut out (for extra stock flavour in the pan), rolled and ready to tie up. 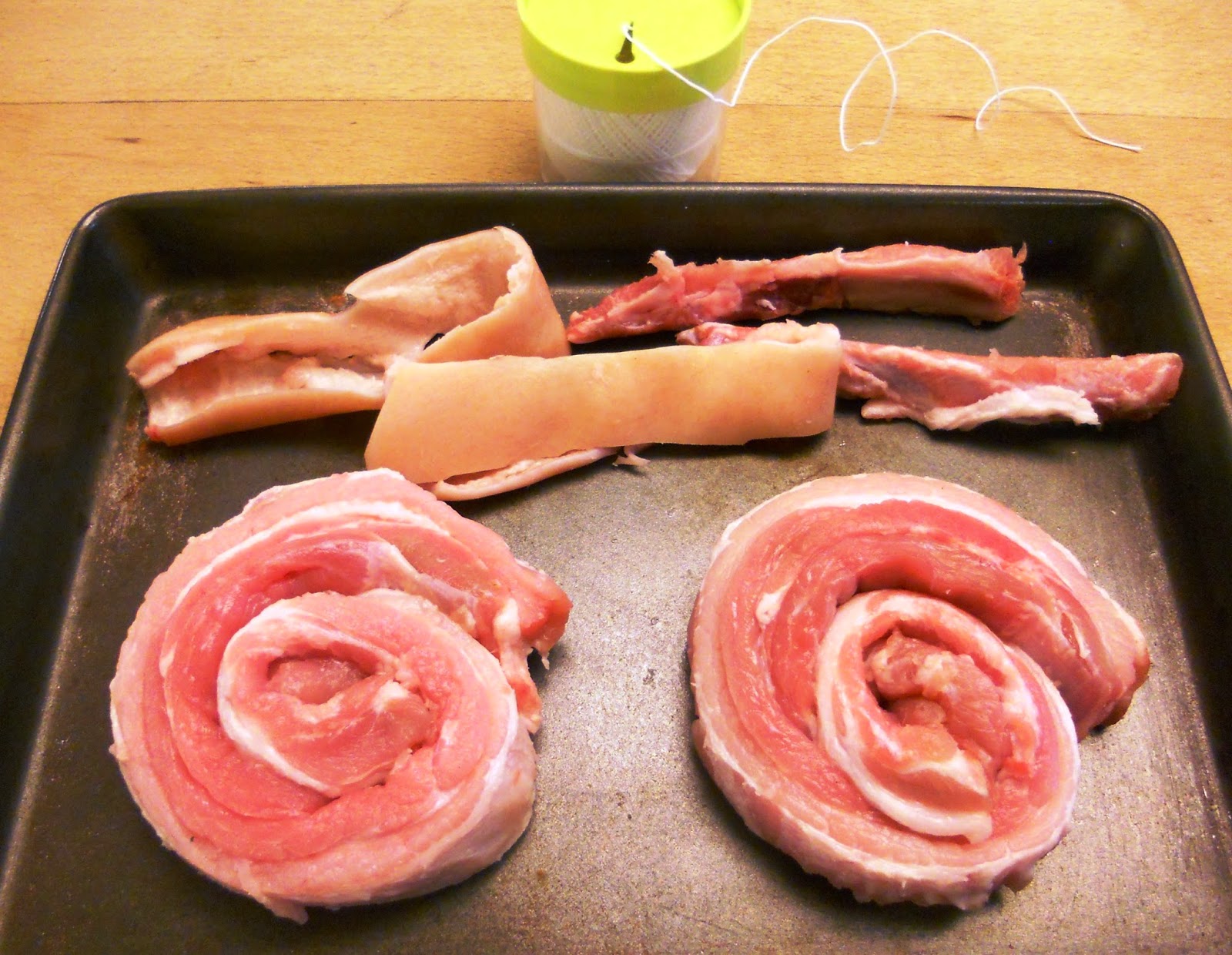 After my first luscious slow roast pork belly experience at Sosban, Llanelli I've been meaning to have a go at home. Tony accelerated my attempt by buying two strips at a local butcher so... a quick knot or two, a sprinkling of salt and pepper, a slow slow roast (for about 2¼ hours at 160C / gas mark 4) followed by a 25 minute burst of high heat and out came two delicious, pull-apart-with-a-fork feasts. Mashed potato (with creme fraiche and butter), shredded steamed cabbage tossed in some chopped and sauteed onion and bacon, and gravy made from the meat jus and blisterings scraped up from the pan. The crackling was great too. Big happy belly. What did you call me?
laughter pork belly Sosban Llanelli writing prompt