Salt's complications. And love. And chips. Not big flakes or grains the size of peas. I don't need salt nurtured in an Hawaiian sea-salt farm or mined by hand in the Himalayas and carried down the mountains on yaks. I just want something I can shake over my chips. Something that will cling to their hot crispiness, not run off like marbles or stick in my teeth and demolish the chance of tasting anything else. A bit of Saxo will do. Oh, and yes, I'd like it in a shaker not a finger bowl. 'Disgruntled of Tunbridge Wells'

Hungry Writing Prompt
Complain about all the things that bug you in life! The incidental and the gargantuan. Write a list. Exorcise yourself!

Now I've exorcised that particular persona of mine let me introduce you to 'Delighted of Tunbridge Wells', or to be more precise, Delighted with Brasserie des Sources at the Tunbridge Wells Hotel on The Pantiles in Tunbridge Wells, steak-meisters supreme, with a little help from a Hereford Cross cow that should be given medals (posthumously) for its tenderness and flavour. The Chateaubriand Charolaise has been earmarked for my next visit. (It's a two person feast so comment on this post and you could be my companion diner!) The salt issue was a minor irritation with what would have been an exquisite plate of food except that it came on a board. Plates, guys. Plates. I haven't fought my way to the top of the food chain to eat off a slice of timber or count the knife-score marks made by a herd of previous steak-eaters. But I am sure the lovely people at 'des Sources' would give me a plate if I asked for one. They are attentive and considerate: they deducted the price of a unfashionably late portion of chips from the bill without a quibble. 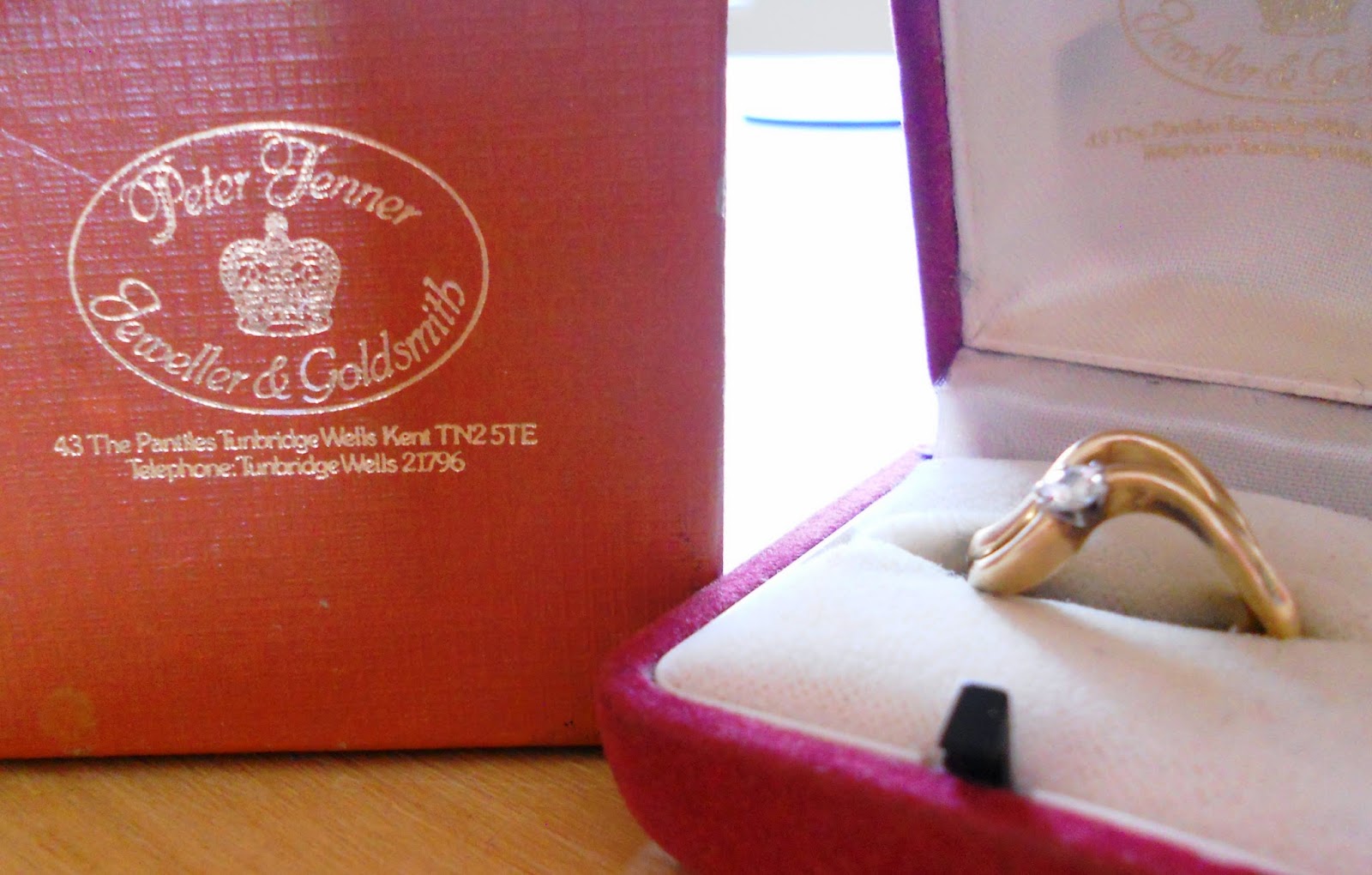 Tunbridge Wells was one of the first towns in Kent that I visited with Tony in 1985. On 23rd February, 20 days after we'd met on a blind date in Jersey, after spending a total of 8 days in each other's company, we became engaged at the bar of a tiny, long gone, pub in the High Street, which I'm sure I remember as 'The Hole in the Wall'. We then walked down to The Pantiles, a Georgian colonnade of deliciously independent shops and restaurants with its very own 'well' where you can 'take the waters' first discovered in the 17th century, to Peter Jenner, Jeweller & Goldsmith where he bought me two rings. Yes, of course I still have the boxes.

Last night, nearly 30 years later, we ate dinner, al fresco, on the Brasserie's terrace opposite the bandstand where the Jazz on the 'Tiles summer festival is in full swing every Thursday night. Go. Music, food, love. Someone once said something about that...

Judith Johnson said…
Love the blog Lynne! If I'd been out with Sarah's Runners instead of NT Live I might have run past you!
10:44