on June 19, 2014
If you're a writer you're gonna love a man who secretly shows you his notebook. If that notebook is brimming with information about flavour arcs, the provenance of fresh ingredients and food's emotional journey then a 'hungry writer' starts to sigh in a manner that causes the people around her to step a little further away! Here's the notebook in question: 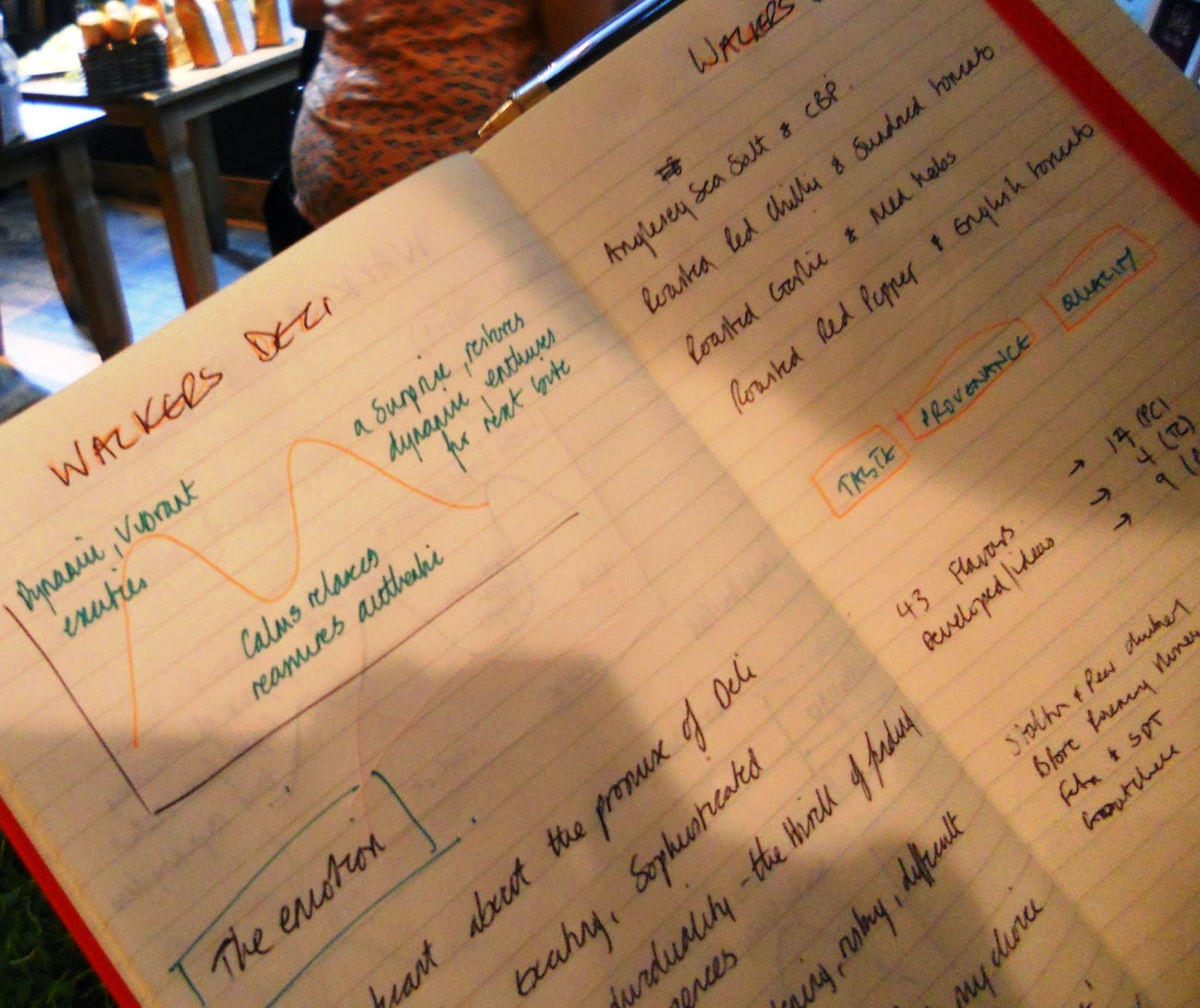 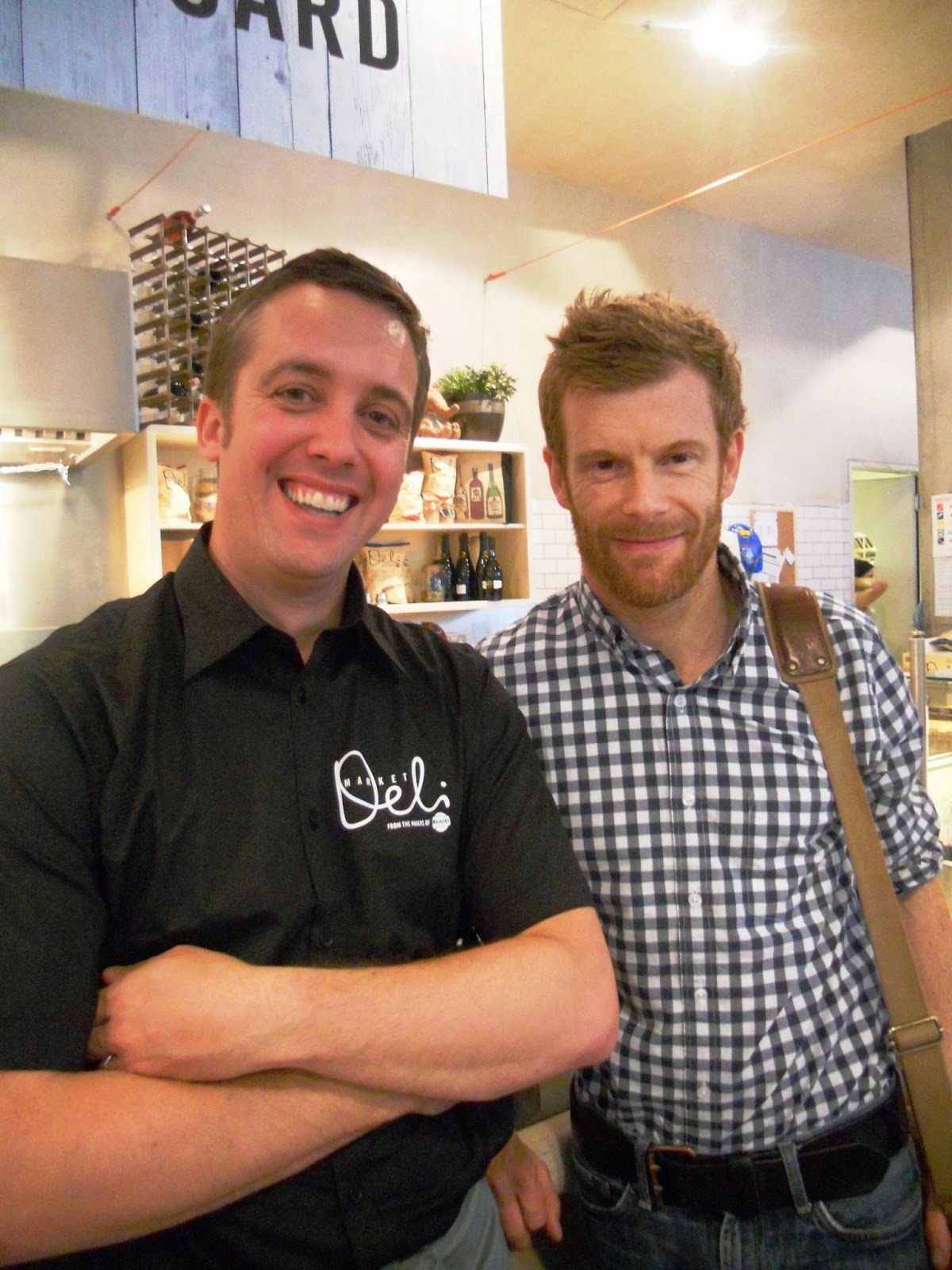 And here's the man responsible: the one on the left, Ben of Walkers, the British snack food manufacturers. Although the man on the right, celebrated British chef Tom Aikens, did a pretty good food seduction job too with his exquisite, cook-off dishes of a re-visioned mac 'n' cheese and a zingy gazpacho.

This was the launch of Walkers' new upmarket premium snack range, Market Deli, at Natural Kitchen in Fetter Lane, London a few days ago where taste buds sang and the perfectly partnered wines shimmied along quite willingly too.

I don't think I've ever bought Walkers crisps: they make me think of kids (I don't have them) and football (I'm only a fan around World Cup time... and then, inevitably, not for long!) But their new Market Deli range is 'canapés' rather than 'kids', sophisticated 'fun' rather than 'football' and, after nibbling my way through eight different flavours and varieties I can categorically say, an innovatively exciting competitor for Mr and Mrs Kettle and Tyrell.

My biggest surprise was the Wiltshire Cured Ham, Mature Cheddar and Farmhouse Chutney potato chip: all my disturbing taste memories of 1960s' Smokey Bacon Crisps disappeared in a single crunch!

Potato chip, tortilla chips and pitta chips made with Cornish cheddar, Modena balsamic vinegar, English tomato, Spanish chorizo, Mediterranean herbs: Market Deli's ingredient list is a geographical taste extravaganza. If you don't find something you love among this lot then you're the foodie equivalent of the wife who said, after her husband had booked them on a world cruise, 'I want to go somewhere else!' 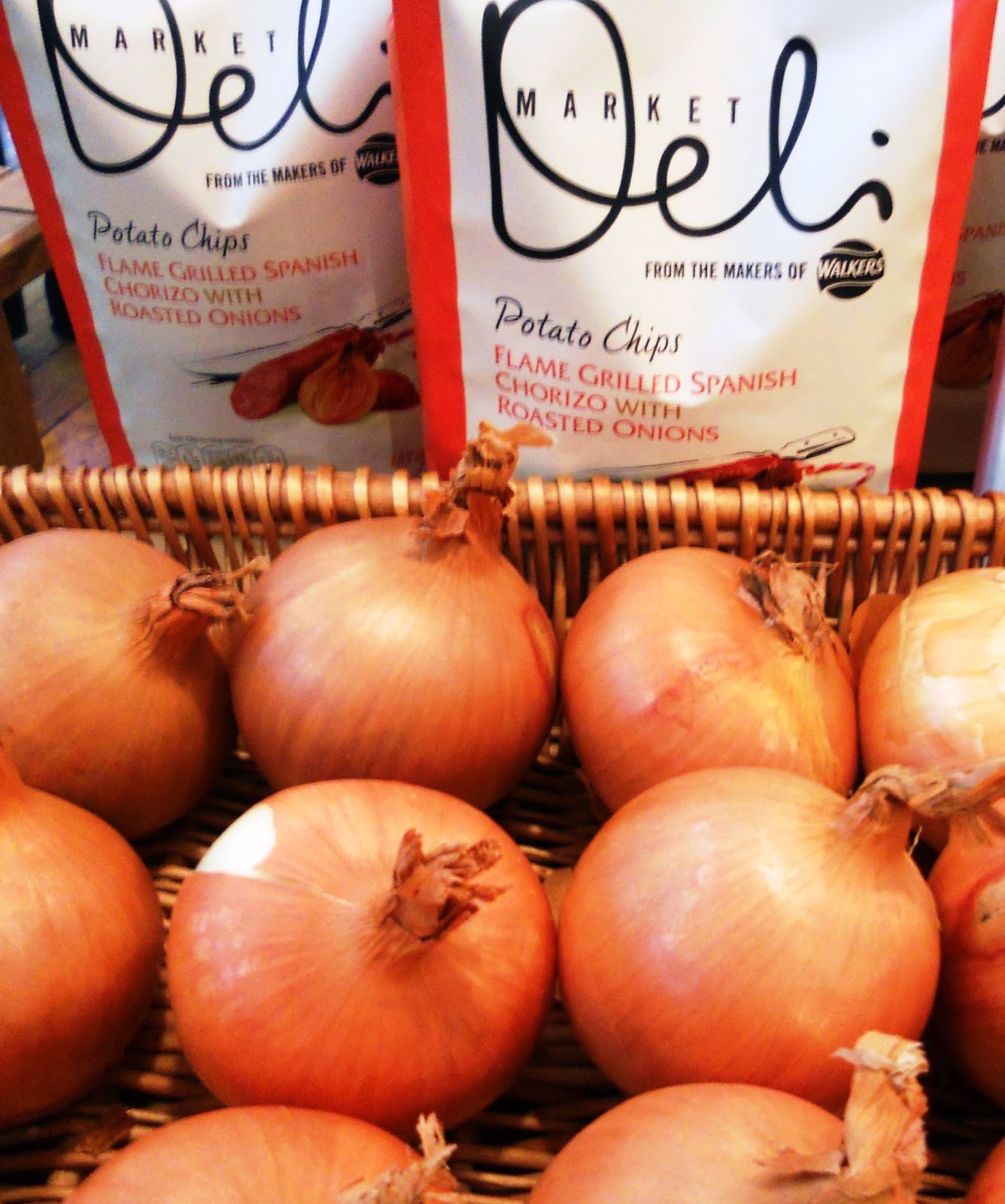 I grazed through the evening with a damn good glass (that never seemed to empty) of Sancerre in my hand. And when I finally had to leave the glass was replaced with a goodie bag which included my Wiltshire Ham favourite.

'I could eat some more of them,' my husband said, slipping the last delicious hammy crisp into his mouth just 5 minutes after I walked through the door. I hid the Flame Grilled Spanish Chorizo with Roasted Onions bag at the back of the kitchen cupboard.

Unknown said…
In the culinary world Spain is known for its dynamic cuisine and colorful culture. Want to study culinary and pastry arts?….Find out here http://www.eltallerdelgusto.com