"How about a Kendal Mint Cake?" asks the woman in Outdoor World, Porthmadog, North Wales. 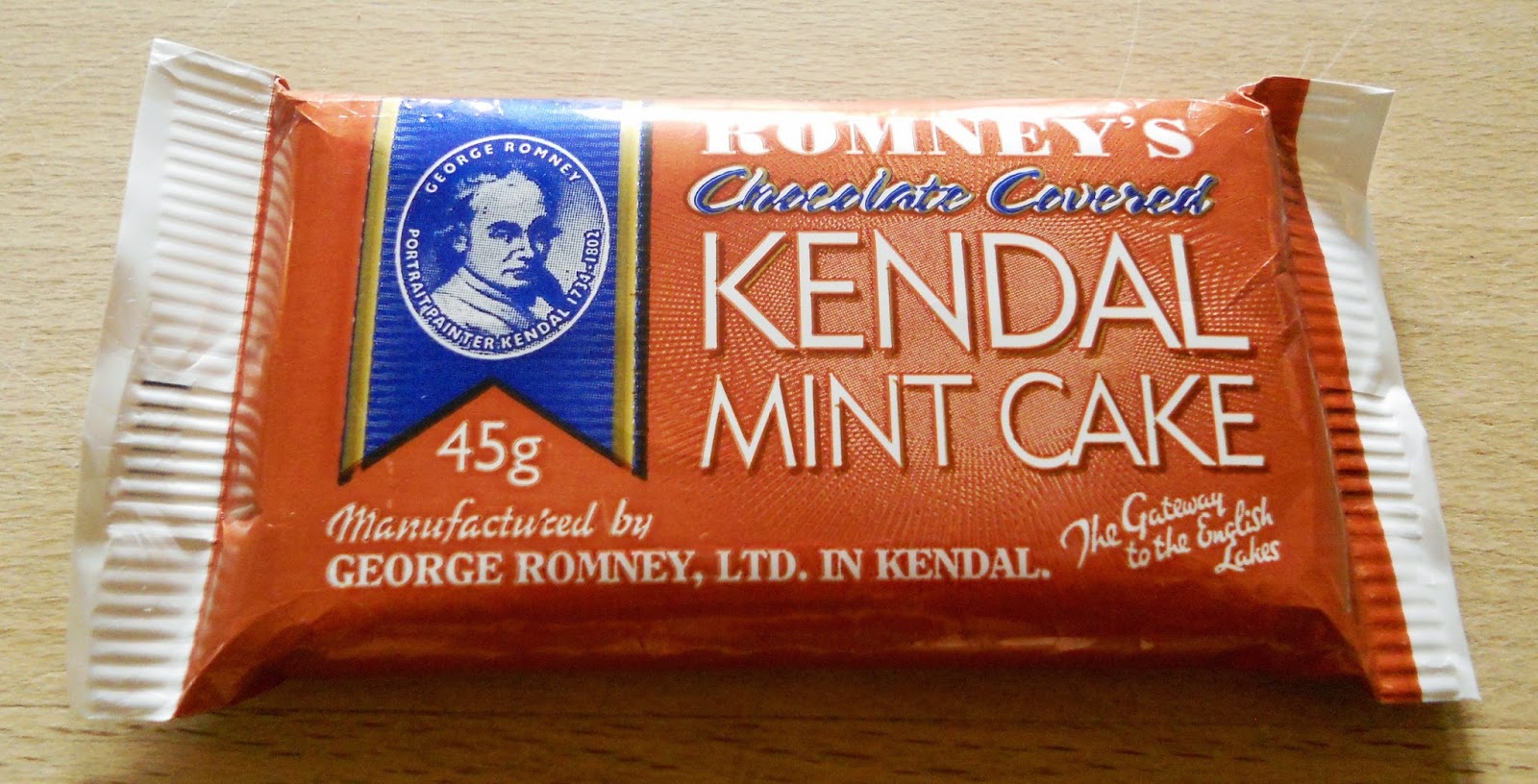 "No thanks," I say. "I don't like the idea of mint flavoured cake." I'm due a 60p refund on an exchange of women's waterproof trousers, that could have seen me and the Andrews Sisters wearing them all at once, (and dancing), for a pair that the packet says fits 11/12 year olds. All I can say is, 'they breed 'em big in North Wales'.

I tell her not to worry about the refund. "Put it in the charity box when you cash up," I say. But the 'system' doesn't allow for that.

"You've paid for it so you might as well try it now," she says, handing me one. Then, "You're not diabetic, are you?"

I needn't have worried about the 'cake' because it's not cake at all as I'm sure a lot of you already know. Committed hikers and climbers are now probably all shaking their heads in despair because they eat these babies for breakfast. But only because that's the last thing remaining at the bottom of their rucksack after being stranded on a hail-scarred mountainside for 72 hours and it's either that or your fellow climber's arm. Just kidding.

If I had been a diabetic then I should have been worried. The quantity of sugar and glucose syrup in one of these bars makes your gums ache with even the smallest of slices. Not that they slice that well. They shatter. 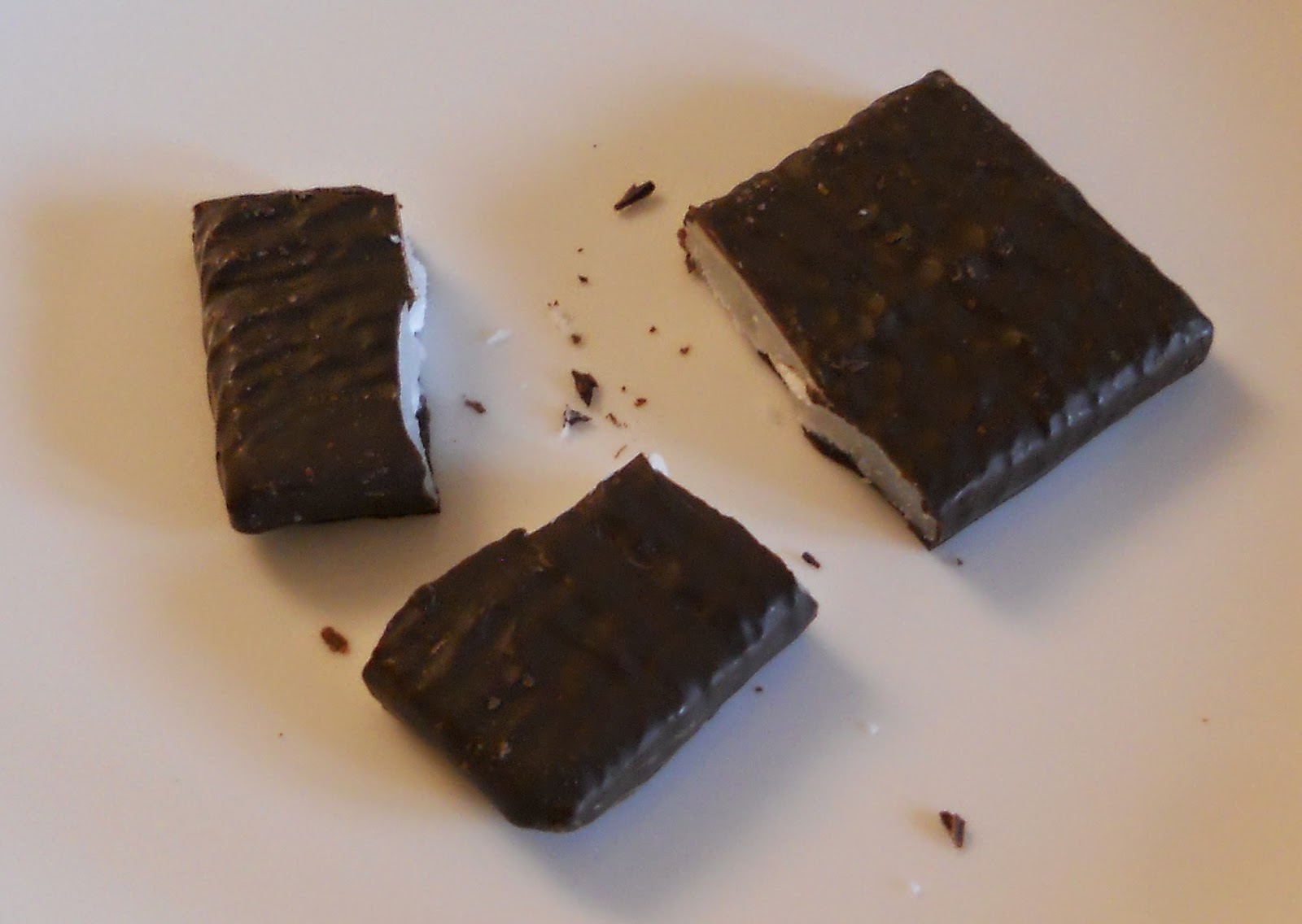 But they do soften surprisingly quickly in your mouth. Think After Eight Mint on steroids and you'll get a pretty good idea of their texture and taste. And enjoyable in small amounts. I'd be happy to share my bar, in the event of a desperate food shortage, with at least three others.

And Sir Edmund? Romney's, a mint cake manufacturer in Cumbria since 1936, were asked in 1953 if they could quickly come up with enough mint cake to supply the Everest expedition which allowed Sir Edmund Hillary and Sirdar Tensing to munch their way through a couple when they reached the summit.

And in honour of Sir Edmund here's a little icy cliff face of mint cake for you to climb in your imaginations.

See those specks of chocolate? You're nearly at the top, keep going.

Hungry writing prompt
Write about climbing something: stairs, a tree, a mountain.
at May 21, 2014

Yes, After Eight Mints on steroids!!!! It does melt in your mouth though after you take a pick axe to break it up!!!

Like you (formerly) I've seen this thing and never been tempted. I'm due a dental checkup soon, so maybe I'd better wait till after that before braving that icy cliff face!

PS Why didn't she just give you the 60 cents she owed you?!

I know! They are surprisingly tough... Hilary and Tensing must have had good teeth to chomp through them at freezing temperatures : )

They 'system'! I'd paid by credit card and I didn't think it was worth all the paperwork to re-credit my card with just 60p but there are rules about credit card/cash payments. I'm quite pleased it worked out like this now!

(p.s. she also told me it was a woman who had the idea to add chocolate so maybe Sir Edmund just had the hard white goo with him in 1953?)