on May 13, 2014
It is an anonymously grand and intriguing beacon in the centre of the town, a Georgian town house that's really a manor house: its only neighbour at the time of construction, at the beginning of the 18th century, was the parish church opposite. 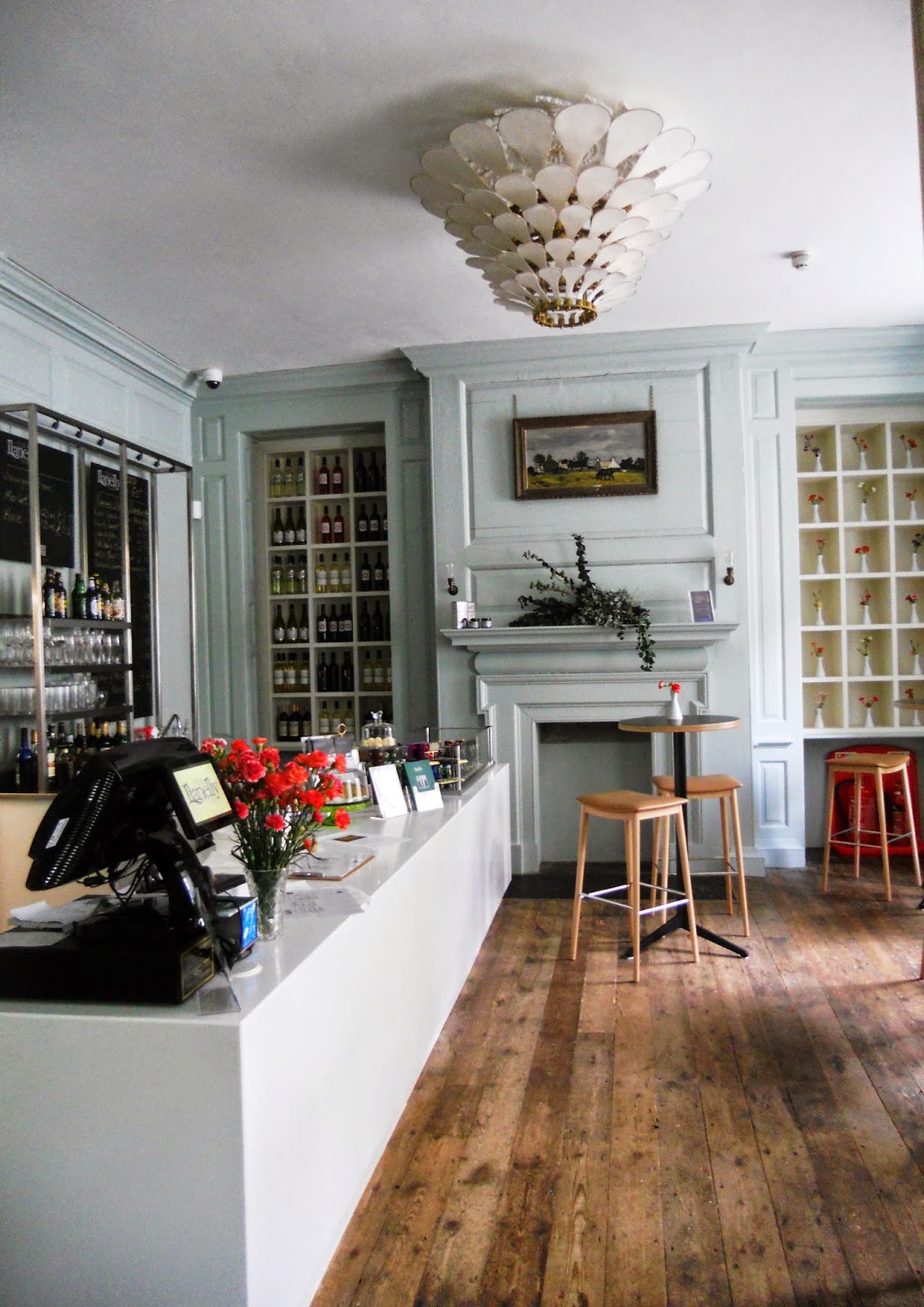 Restoration started in 2003 and it opened to the public last year: guided tours that illuminate the house's aristocratic, mercantile and ghostly past, a shop (with chocolate love-spoons, oh yes!) and a fine little cafe/restaurant that serves everything from Welsh breakfasts (with cockles and laver bread), to three course lunches and cream teas. I've never had a glass of Sauvignon Blanc with breakfast before, but it was just past midday and as the woman who served us said, with a smile and drawing from that rich repository that is Welsh colloquialism, 'whatever floats your boat'. We're multi-cultural now.

In the 19th and 20th century the ground floor of the house was home to Margrave Bros, Blenders & Bottlers, Vintners and Suppliers of Spirits. During the tour I took with Mam and Dad, who were born, raised and married in Llanelli, our guide pointed out the original front door and as we leave Dad remembers Mam coming out of that door in the early 1950s with a bottle of wine and stopping to examine the label on the pavement.

'It was sweet or medium sweet white wine,' he says.
'Why were you buying it?' I ask. 'Was it someone's birthday?'
'No,' he says, 'we bought it for ourselves.'

Mammy can't remember the event or the bottle of wine. But December 1953 would have been their first wedding anniversary. 'I did keep the top layer of our wedding cake for that,' she says.

So I want it to be true. The careful choice of a bottle to match the occasion. The taste of marzipanned and iced rich fruit cake wrapped up in a tin for a whole year, the tilting and glimmering meniscus of white wine raised in a toast and sipped in a time when they were young and beginning a life they would offer to my elder sister, me and my younger brother. Such a gift.

Lynne Rees said…
He does, doesn't he?! And there's Uncle Thomas next to him. And Aunty Marie next to Mam. And Ken, Dad's best man. Gone now. But still alive in stories like this. x
16:09