on February 21, 2014
I'm fine with it, as long as what I have in front of me isn't too small. If I have three grilled scallops as a starter I'm not going to give any away, no matter how much I love you! I'll happily order some more though. But a slice of my steak, a forkful of the baked fish I've ordered, some of my chips, a spoonful of my risotto, lasagne... sure, no problem. Here. Taste. What do you think? And as someone who doesn't usually order dessert I'm more than happy with the 'dessert and two/three/four spoons' trend that's drifted across the Atlantic in recent years.

What about Indian and Chinese meals? Are you a fan of the 'let's all order what we want and then share everything' approach? Or do you like to have what you're having? And enough of it. Because it is a truth universally acknowledged that some people change their minds over what they thought they wanted, their pedestrian Chicken Biryani for example, and then chow down heftily on your choice of Tandoori King Prawn Masala. 'This is great,' they'll say, heaping their plate with prawn and sauce. Yes, I know, you seethe inside. That's why I ordered it.

The 'you' at the end there is actually Tony. I'm generally happy to fall in with the communal 'let's share' suggestion but Tony would rather eat his own toenails than share his Tandoori King Prawn Masala. Or anything else he's ordered too. It's his and he wants it all. That's why he ordered it. Which is a fair point. But I'm wondering whether men, generally speaking of course, dislike sharing their food more than women?

Google tends to agree with me if you believe the gossipy public forums. There are lots of  'my girlfriend/wife always wants what I've ordered' or 'my boyfriend/husband freaks out when I ask if I can taste his dinner' kind of complaints. One woman, Natalie Gouche even asks her husband the question on YouTube, filming him across the table on her iPhone, so I don't think I'm alone in wondering if this is a gender issue. 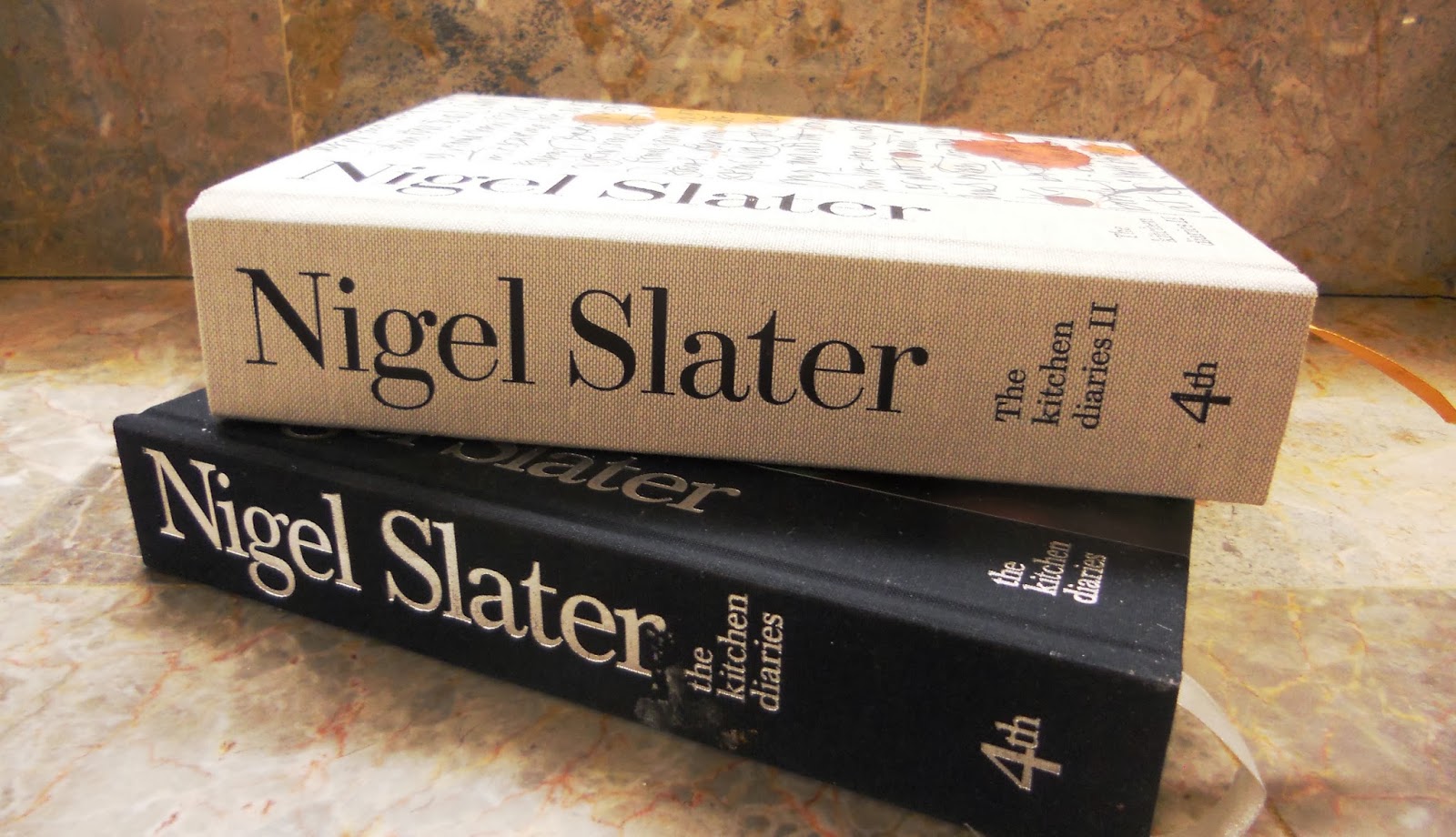 If you're a fan of Nigel Slater you'd imagine that he's the most 'shary' of people when it comes to food, wouldn't you? Well read this:

But having tackled his prune pudding recipe I'm now inclined to agree with him. This is worth keeping to yourself: 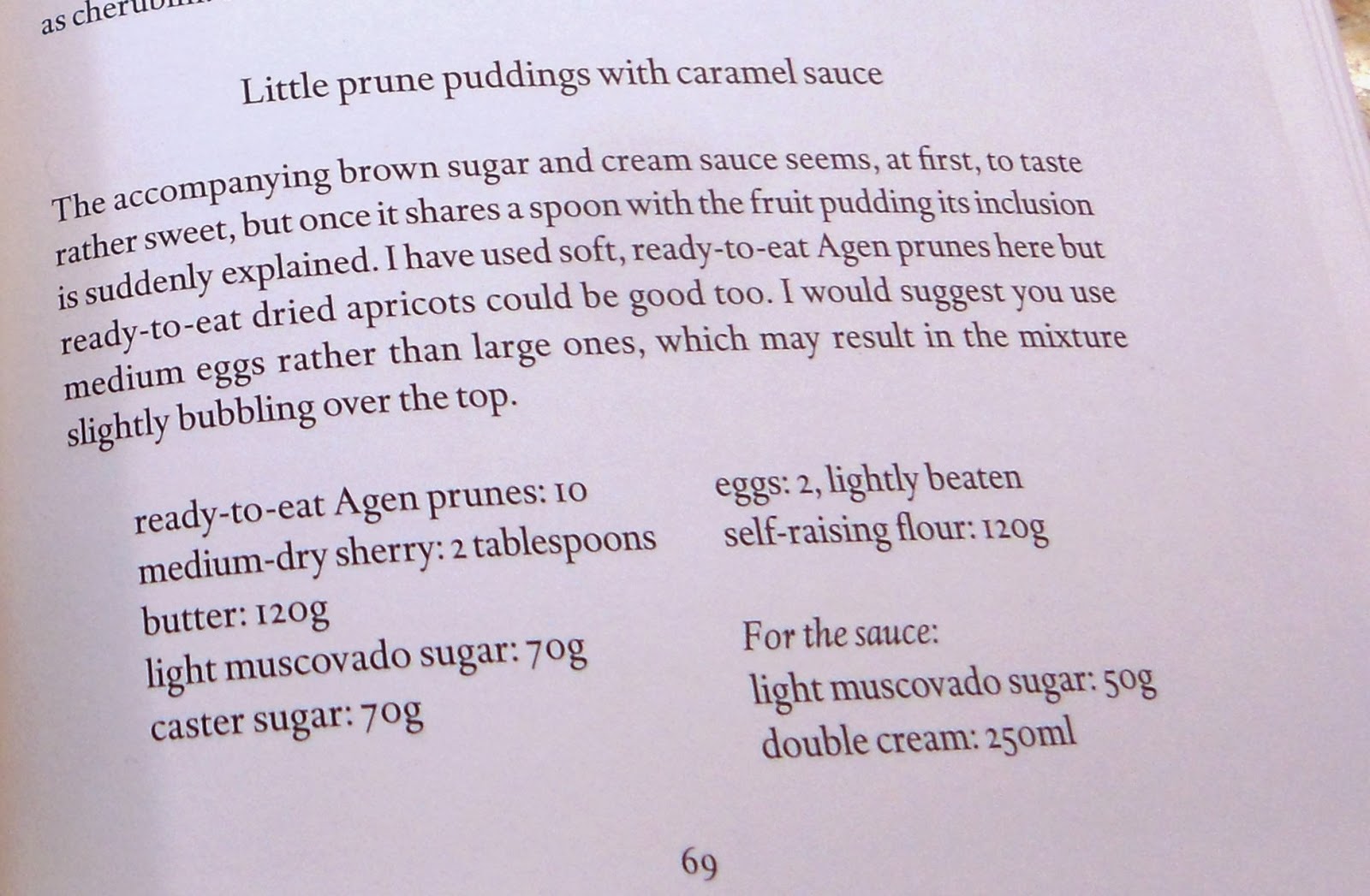 The shortcomings of my cupboards meant I had to fiddle with the recipe - common or garden prunes not Agen, port instead of sherry, light brown sugar instead of muscovado. The result was still lovely though I suspect it would be lovelier as Nigel intended it.

Anonymous said…
Ooh - I will have to try this! I do like Nigel Slater's recipes. My other half and I have a foundation rule "pudding shall not be shared" which has endured for 20+ years. His pet hate is women who refuse to order their own pudding but still want some. I'm all good with that, I'm not sharing mine with anyone! We do exchange hostages however (a spoonful of mine for a spoonful of yours). A very serious thing, dessert!
05:02