I've seen dozens of pretty pics of them all over foodie Facebook sites. I somehow missed trying them on a cruise ship last September. I was so hypnotised by the chocolate fountain on the dessert island that I lost the will to focus on anything else. Then I noticed a cake pop mould in a recent Lakeland kitchen catalogue. It seems that cake pops are the new black in the baking world. And now I have met them up close and personal, thanks to a baker from Delray Beach, Florida.

A baker with passion. A baker who sparkles with delight as she tells me about her Halloween cupcakes: vanilla cake, chocolate frosting and caramel drizzle. A baker whose mise en place is meticulously organised. An offset spatula? Never heard of one. 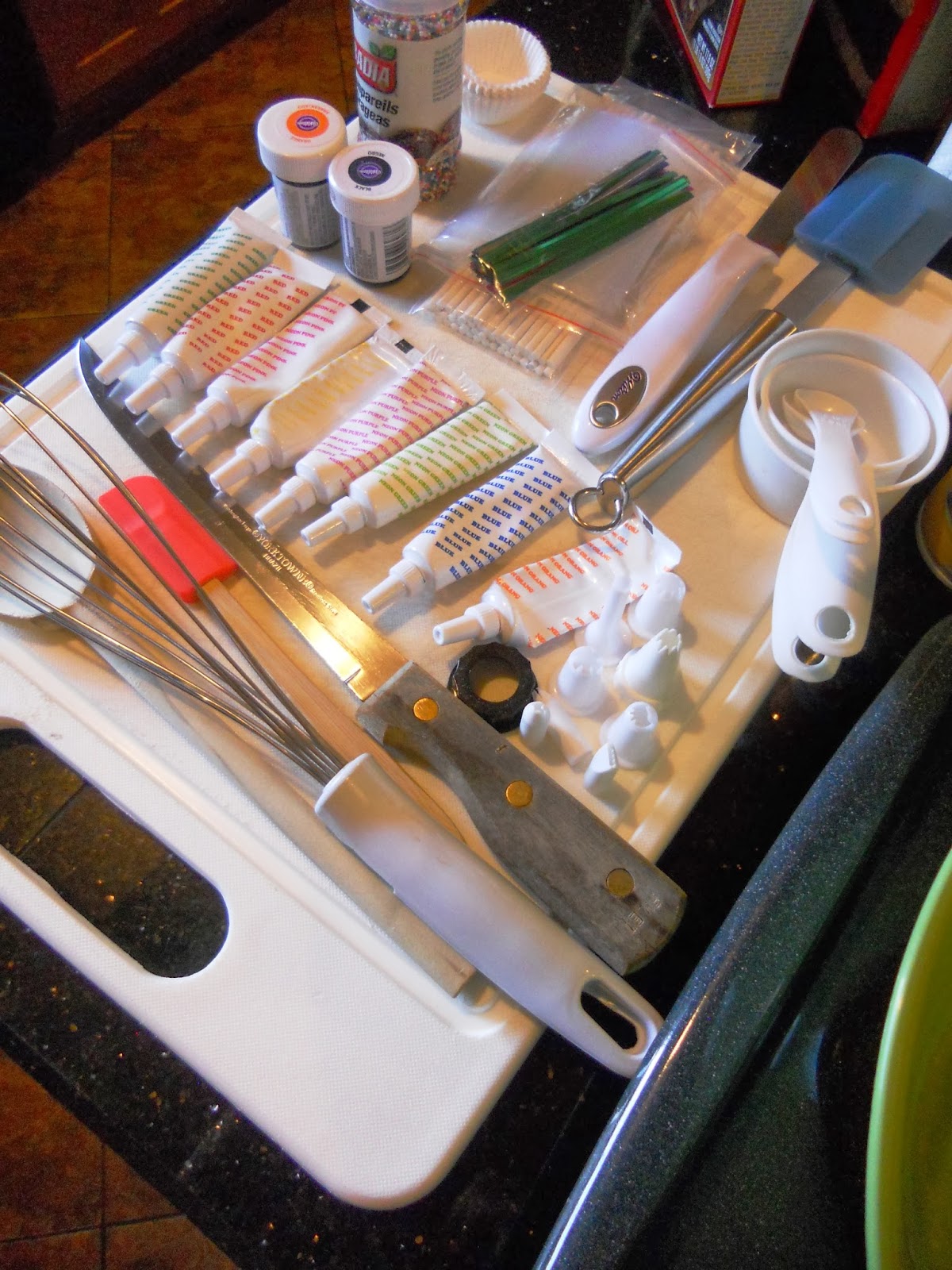 This is evidently a learning curve for me. And cake pops are our goal. I'm a little flummoxed when she tells me that while her cakes are cooking she likes to do a little dance around the kitchen. But hey, if it helps them rise, I'll join in!

Meet Amanda, aged 10, who says that when she's not doing her homework she's watching baking videos on-line. 'It's like hooking myself up to the computer and scanning my brain!' she says. She's hoping to attend a middle school in Boca Raton next year that offers a culinary programme as part of its syllabus. And if enthusiasm and dedication are the required qualifications then Amanda deserves to be at the top of their intake list.

But in the meantime, back to the cake pops. 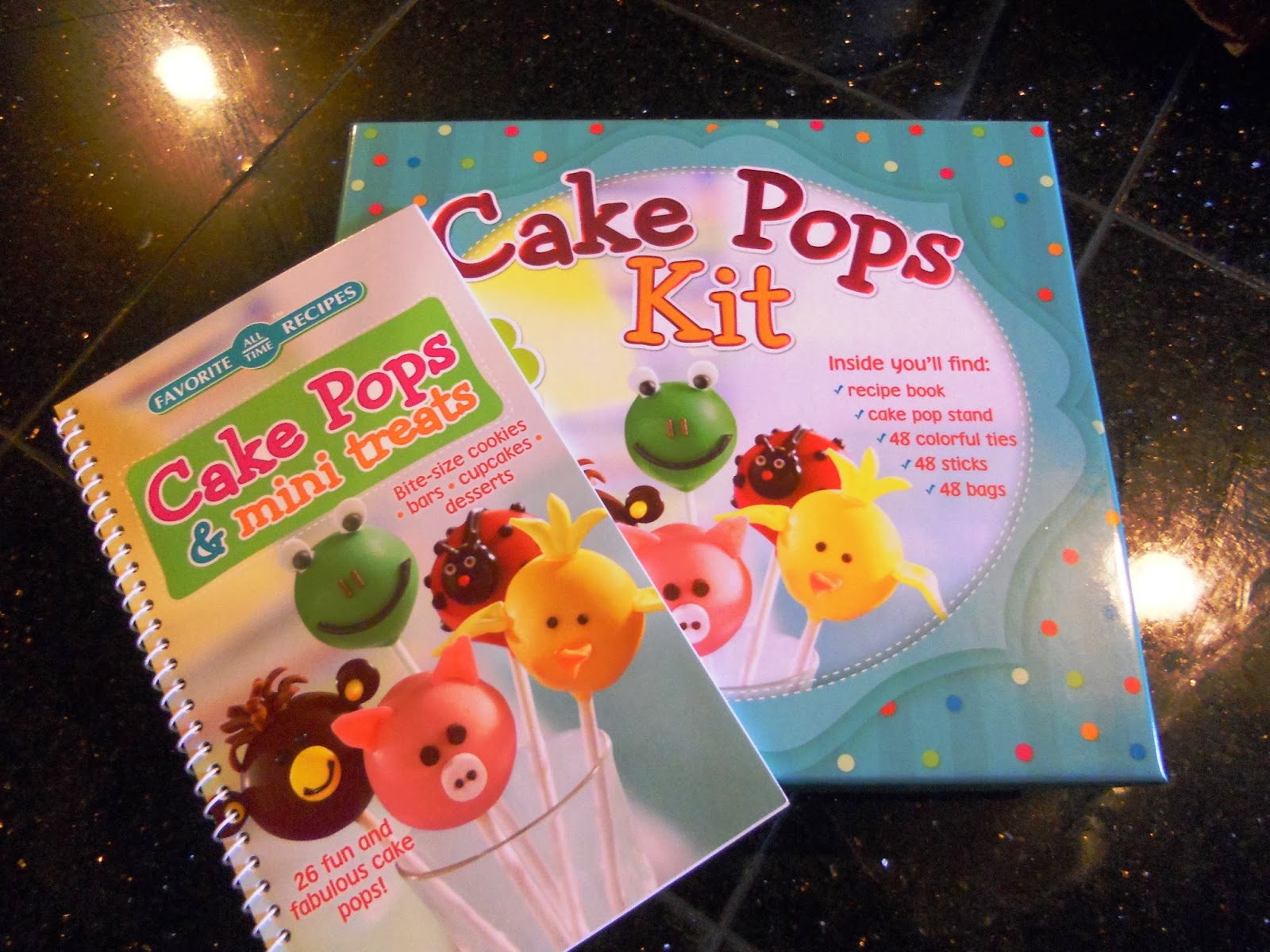 I must admit to being a little suspect when Amanda told me we were going to use cake crumbs to make them but it seems that cake crumbs are where cake pops originated. You can read more about their (alleged) origins here.

So, off we popped with cake mix, oil and egg whites. 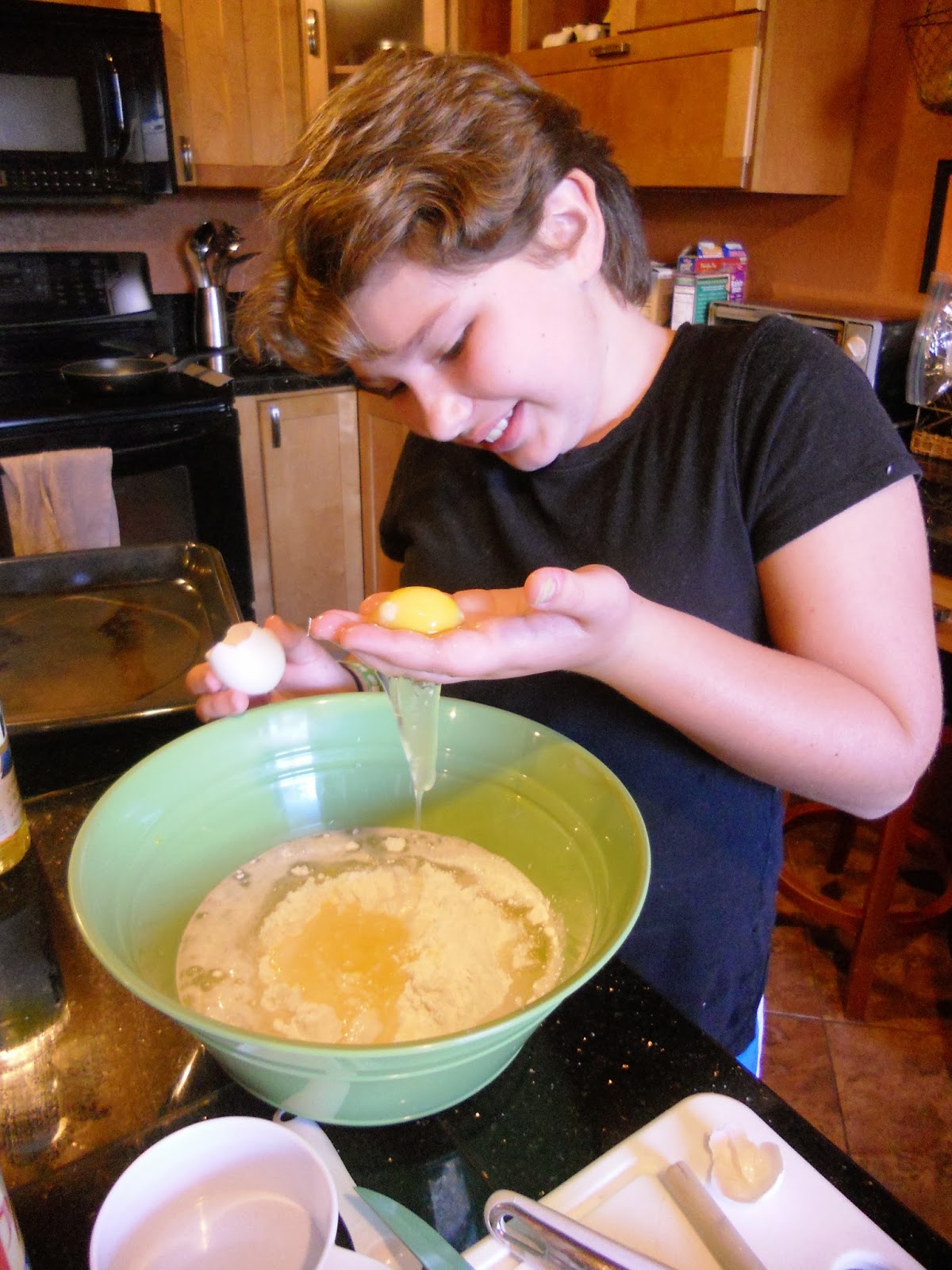 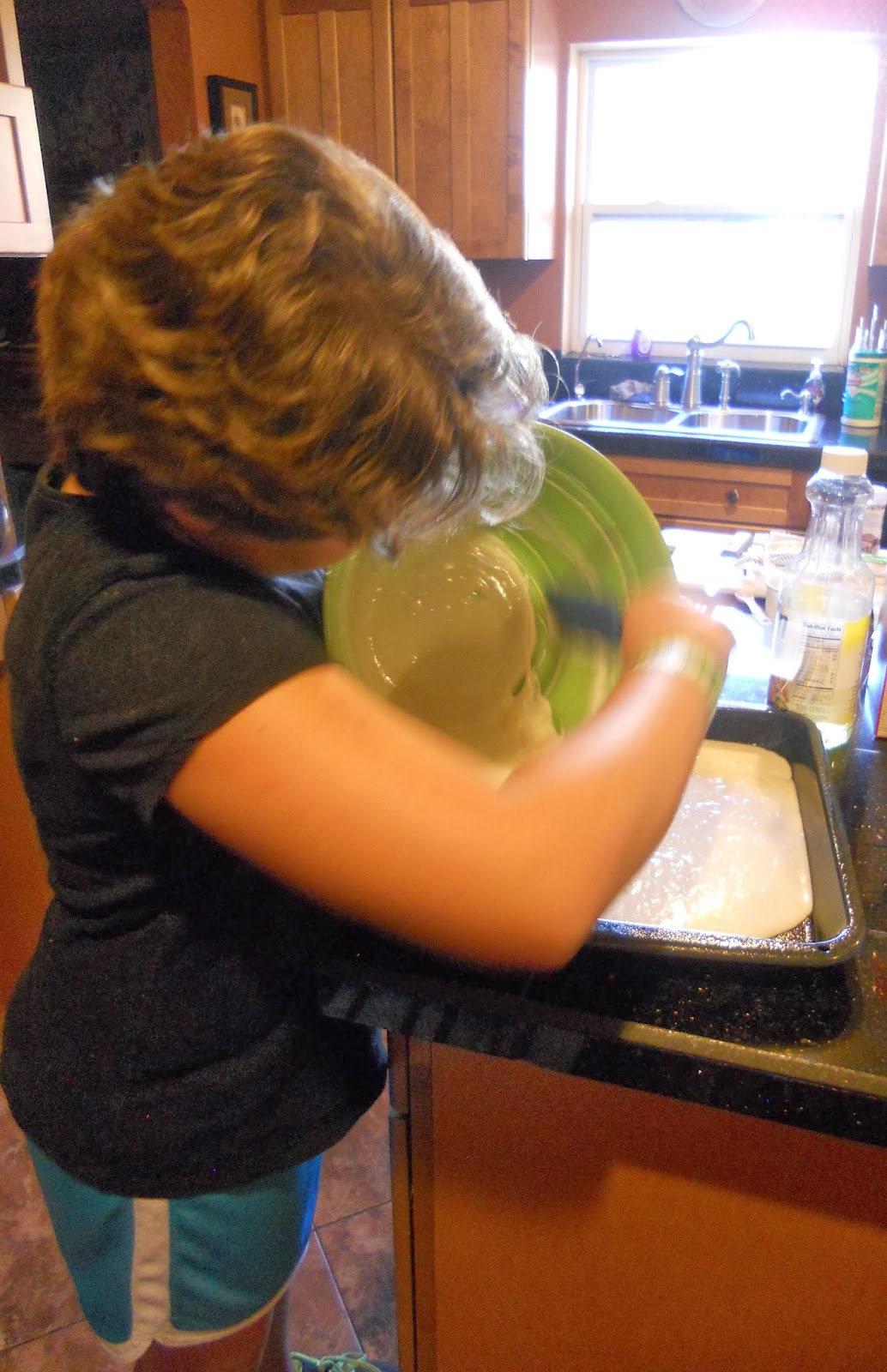 And in less time than it took to dance three of four jigs around the kitchen we had our cake, cooling on a tray over a bag of ice, ready to crumb and mix with the frosting.

Perhaps it was the dancing. Perhaps our brains were sugar-addled by eating too much left-over cake mixture. Perhaps we... let's make that 'I'... should have read the recipe. At least once.

Our cake pops, even after an hour in the freezer, were less pops and more booms. Not the little lovelies of lightness we'd expected to balance perkily at the top of their sticks but moody heavy bruisers that persisted on sliding down them. Oh.

Ah! (The sugar-police should look away now.) Half a cup of frosting. Not the whole tub (nearly two cups) of Creamy Supreme that we added to our bowl of crumbs.

But all cooks know that mistakes are only a milestone on the road towards future successes and luckily we had a secret weapon in the next room, something, or rather someone, who could make us laugh. And do something with the, now useless, cups of coloured chocolate coatings lined up along the kitchen counter. 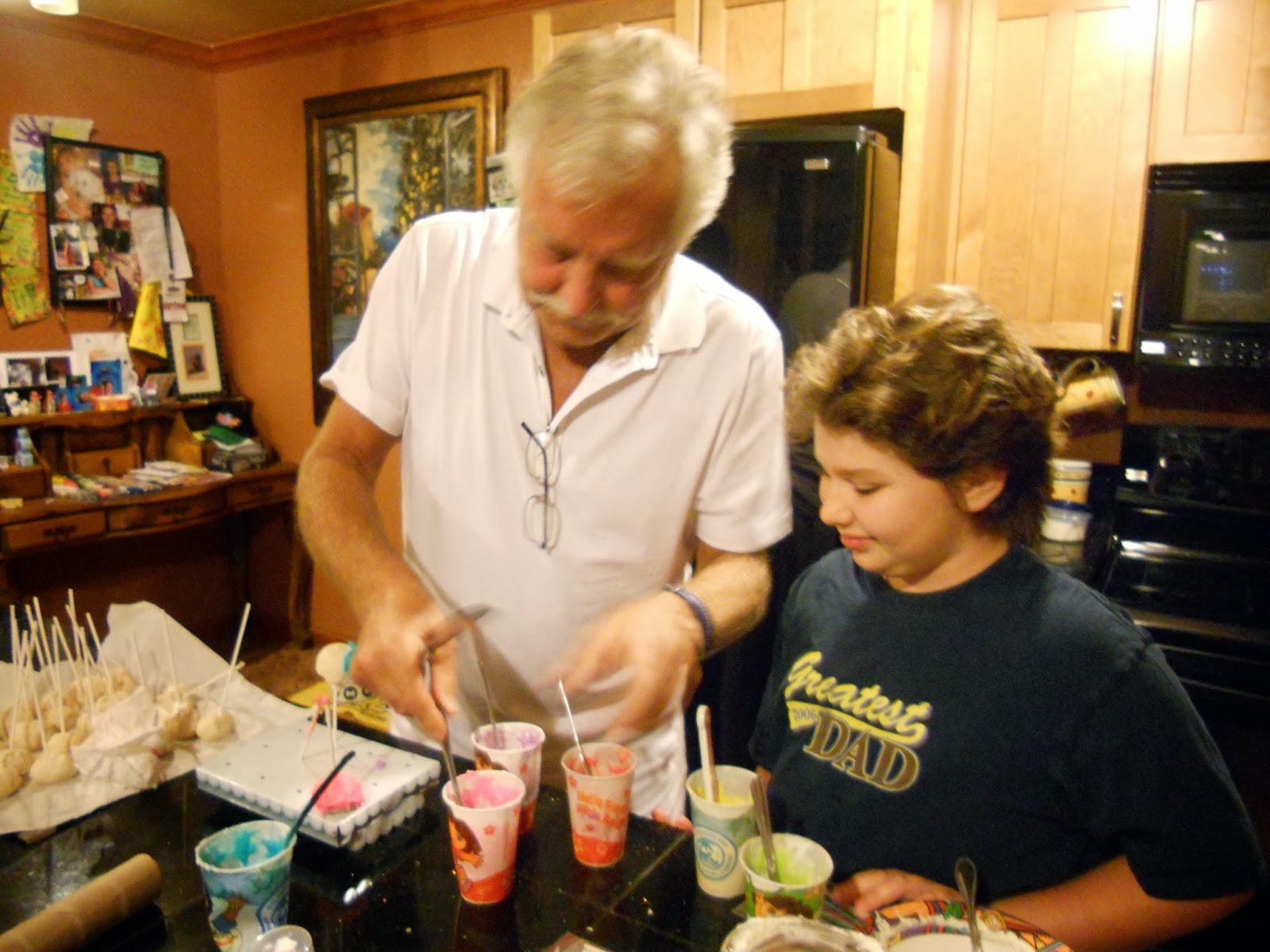 Not that we expected him to eat it. But he did! 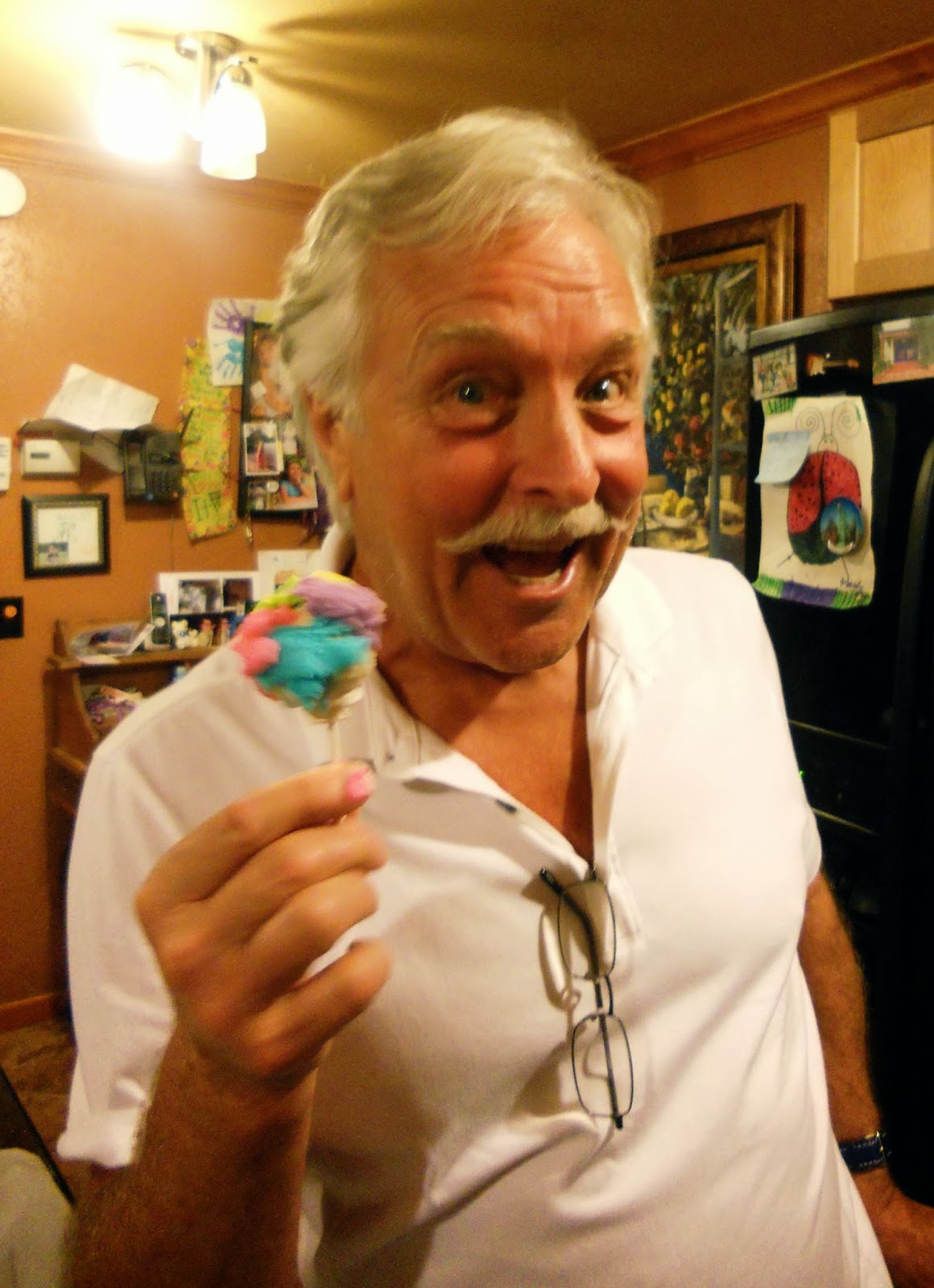 I'm pleased to say that Amanda's passion for baking is undiminished. And I am sure her future cake pops will be cushions of sweet delight.

At 10 she has started to map out her future. She'd like to have her own bakery, like Carlo's of Cake Boss fame, an American reality TV series. And I also sure she'll achieve that.

One day she'll be laughing with her customers about her first cake pop experience. I really hope I'm still around to laugh with her.

Hungry Writing Prompt
Write about an ambition, lost or achieved.