The Grumps and Treacle Tart

on August 10, 2013
The last time I saw our friends, Bernie and Chris, I was unintentionally grumpy. I'd had a couple of disagreements with Tony over the previous week - in fact, we might have had a minor flare-up in the car on the way to their house for a barbecue - and by the time I got there a veil of numbness had settled over me.

I don't think I was ill-mannered or discourteous, just unusually quiet with a hint of the dismal. And perhaps because, for most of the time, I'm naturally forthcoming and chatty, my mood was obvious and noted. 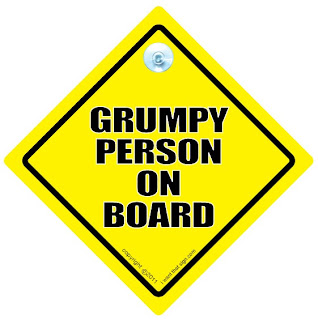 Fortunately they are good friends, the best of friends, so I'm sure they have forgiven me and put it down to a minor and temporary malfunction in my life.

I'd planned to take along a treacle tart that I'd made the day before but the barbecue had been delayed by 24 hours because of rain and Tony and I snaffled a couple of slices. Then another couple. But it was a big tart and even half of it would have been an acceptable dessert contribution. 'But Bernie doesn't eat dessert,' Tony said. That's true. So we ate some more.

'I love treacle tart,' Bernie told us the next day. Oh.

'But I've never seen you eat dessert,' I said.

'I don't normally. Unless it's treacle tart. Or Jam Roly Poly. Or Spotted Dick.' Ah! A Nigel Slater Eating for England accolyte.

So today, I'm making treacle tart just for Bernie. And Roast Welsh Lamb with Marsala and Garlic for Chris. And I won't be grumpy or even vaguely morose, no matter what happens between now and 3pm when they arrive.

Sometimes we have to be firm with ourselves. As the incomparable and sparkling Mrs Peggy West, the lady who worked with me for 10 years at my second-hand bookshop, Foxed & Bound, in the 1990s, used to say: 'Someone around here is being a silly bugger, and that silly bugger is me.'

So from this occasional 'silly bugger', here's a treacle (or more accurately, syrup) tart, a tart that forgives and comforts. Attributes we all need to practice and receive from time to time.


My old scribbled recipe suggests 10oz of syrup, 1oz of butter and 3oz of fresh breadcrumbs. You can also add the grated rind of a lemon.

Hungry Writing Prompt
Write about grumpiness, bad manners, about being a 'silly bugger'. Then write about forgiving.

Leslie said…
This looks so delicious! I wish I could make a good pastry, crust, or something fancy like this. First time stopping by.. wonderful post and we all feel grumpy every now and then;) We can recover!
17:16

Lynne Rees said…
Hi Leslie - thanks so much for stopping by. Oh, I've stopped making pastry... the ready made, and ready rolled, stuff is so good now. And I bet you could cut out leaves every bit as well as I can!
18:17