on August 07, 2012
Excuse me while I get this out of my system and avoid indigestion…

I’m a confident driver. I’m a safe driver. I’m not over-cautious or intimidated by motorway driving. I’m aware of other motorists. I consciously use my indicators. I’m not looking for applause here. It’s just that when I’m in the fast lane of the M25, overtaking a truck at just over 80mph and fully intending to pull into the gap in the centre lane once I’ve passed safely, I really don’t appreciate a donk in his shiny black 4x4 penis extension hurtling up behind me, lights ablaze, and clamping to my bumper. So I put my foot on the brake. And watched the slug back off. Slug and donk were not the terms of endearment I used in the moment.

I’ve been in Wales for 22 days out of the last 30: pushing ahead with research for Real Port Talbot in an attempt to emerge from a state of controlled panic as the months count down. I think I’ve managed it… or I will have once I’ve written and shaped the 12,000 or so words I need to achieve by the beginning of September.

I’ve had no time for shopping and cooking recently but have still been lucky enough to eat well. 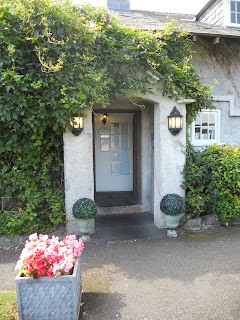 On Saturday, for my dad’s 85th birthday, we drove to Stackpole on the Pembrokeshire Coast in West Wales. The Stackpole Inn doesn’t need to announce itself loudly. There’s a discrete, black signboard board in the front garden but the entrance, apart from the food awards on the wall, could be the way into a private cottage. The food is good enough that word of mouth ensures the place is always busy.

I had one of their specials: grilled mackerel with a horseradish glaze and a cucumber salad. When I hear the word ‘mackerel’ my mind goes to the oily, dark smoked fillets the taste of which is often overpowering, although, a few years ago, a friend introduced me to granary toast topped with fruit chutney, a few fat flakes of smoked mackerel and a dollop of crème fraiche. Try it. Trust me. It works.

I forget how good fresh mackerel is and this was good and some. A few creamy Pembrokeshire new potatoes was all it needed as a base note.

I’ve only been back in Kent for 36 hours and cooking has reinstated itself into my routine yet so last night we had takeaway fish (and chips for some, salad for others) from Papa’s Barn in Larkfield, near Maidstone. Gavin at Papa’s knows fish: he could answer questions on cod as his specialist subject on Mastermind. And when I say cod, I mean glistening white, sweet flesh, without a trace of skin, wrapped in a crisp mitten of oil-free batter. To. Die. For. 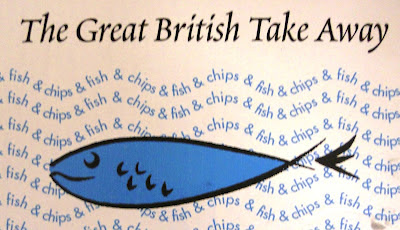 You don’t have to do takeaway at Papa’s: they have their own restaurant too. Ask for Gavin. Say the hungry writer sent you for the cod chosen and cooked by angels. You can like them on Facebook too. Gavin and the rest of the staff, not angels.


ä
Horizon, on BBC2 last night, was all about how fasting can make you healthier, lowering all the factors that are responsible for diabetes, cancer and coronary disease. I’m going to give it a go but it’s not as extreme as it sounds: the two day fasts limit your calorie intake to 600 but on the other five days you eat as you normally would. At the end of five weeks Michael Mosley had lost a wobbly stone around his waist and said he felt much better for having stuck to the regime. I’d like to wave goodbye to a muffin top I’ve gathered since my Florida holiday in May so watch this space for the results at some time in September.

Brenda Turner said…
Just catching up with your blog, the food at La Memo sounds delicious, about time Port Talbot had an oh la la eatery. I wonder if you have tried gooseberry preserve as a side dollop with your Mackerel. The sharp, sweet gooseberry tang, cuts through the oily fish beautifully. it is also very delicious with a hunk of strong Cheddar and some crusty bread.
12:36

Lynne Rees said…
Ooh yes, gooseberry sounds good. And yes, La Memo manages to combine amazing food with outstanding service but not a hint of preciousness. You'll have to go whenever you get down south! Let me know!
16:02