We do like to be beside the seaside. We do.

on June 25, 2012
I keep thinking I’ve pretty much recovered from jet-lag until I get behind the wheel of the car when my brain seems to slip into a fog and I have to remind myself to really focus. It must be the repetitiveness of the actions, or, along the motorway, the monotony of just staring into drizzle and tarmac.

Having left Miami last Wednesday, arriving in London Heathrow mid-afternoon on Thursday, I headed off to Folkestone on Friday afternoon for a meeting with French haiku poets to start organising an Anglo-French Haiku Festival for 2013. I really did think I’d be falling asleep over the discussions and meals but I was surprisingly alert for the majority of the time. Partly because the Southcliff Hotel on The Leas kept me generously and tastily well fed (I had ‘top points’ fried eggs on toast for breakfast each morning) and partly because of the energetic weather along the cliff-top and gardens below. 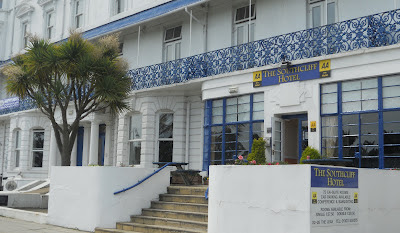 I don’t know Folkestone that well. I’ve been to the harbour for cockles and shrimp doused in vinegar and white pepper. I took my grand-daughter to the funfair that has since been dismantled, and I watched Tony perform at the Burstin Hotel when he was a professional entertainer. Perhaps those experiences limited my perception of the town. I’d forgotten about its reputation as a faded Victorian seaside resort and dilapidated grandeur has a charm all of its own, as does the zig-zag path from The Leas to the beach.

I’d called Tony on Saturday morning to let him know how things were going. Folkestone is his childhood town: his grandparents lived here and he spent his summer and Christmas holidays in their three story Victorian terraced house. On the phone he suddenly recalls proposing to his first wife, at the tender age of 19, halfway down the zig-zag path. ‘I thought I was being romantic,’ he said, ‘but I remember she was really scared of the dark path and the caves. Unless she was terrified at the idea of marrying me!’

marriage proposal
the zig-zag path
to the sea

The path and caves and gardens have been spruced up since 1964. I don’t know if they’re still scary at night but I fell in love with them by day. 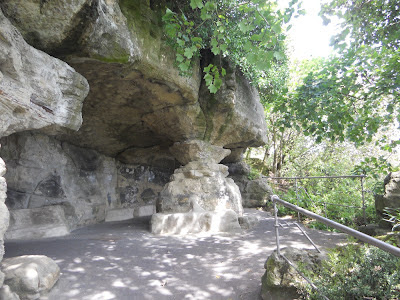 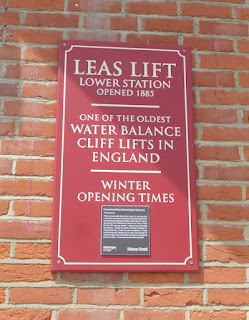 If you can’t face the long walk down and back up you can replace one way (or both ways) with a trip in the Victorian lift for a £1. The lift, the path, the gardens… they’re not the neon-flashing, theme-park, sensory overload attractions that are proliferating all over the country. They hark back to Folkestone’s Victorian past when a brisk walk in sea-air was a more than satisfying reason to come here.

I’m glad the council have invested time and money here, renovating the caves, planting wildflowers, creating a grass-banked amphitheatre that has the Channel as a backdrop. They’ve kept their bandstand too and on Saturday there were performances by local bands while people lounged on chairs and blankets with picnics and enjoyed themselves doing a respectable nothing.

The only thing that could have been, would have been, a perfect finale... an ice-cream. A whippy ice-cream with a Cadbury’s flake of course. But I ran out of time. Another day. Perhaps here, with a picnic basket and good company. 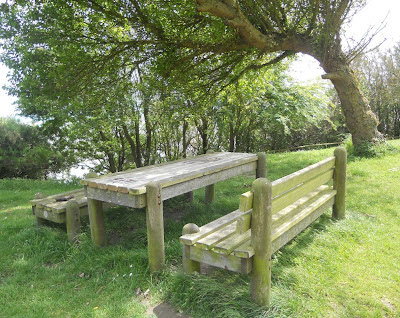