I remember that we had fish for dinner quite often on Fridays when I was a kid. Usually bread-crumbed plaice. And chips. My mother kept her chip pan under the sink, filled with white lard that melted to a hot, golden slick and made the most delicious chips.
I don’t think we had fish for any religious reasons. We weren’t Catholic or Anglican and avoiding the meat of four-footed creatures on the last day of the week. Maybe it was because fish and Friday started with the same letter. I think ‘four-footed’ started me on this line of thought. And we used to have sandwiches on Saturday too. Maybe it was just habit.
Today is Good Friday so perhaps there are even more people eating fish than on any other Friday of the year. And after stalking the aisles of Tesco in Port Talbot, considering their Finest Breadcrumbed Chicken with Herb and Lemon on a first and second pass, I plumped for fish too: white and smoked cod for a fish pie. 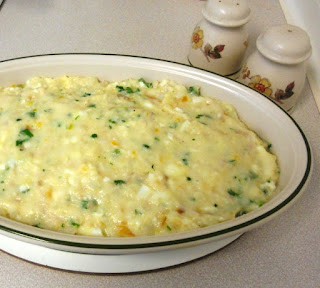 More and more I want to know exactly what I’m eating. And while starting from scratch can be time-consuming I know I’m going to enjoy it more and feel better after eating it rather than dissecting an anonymous slip of chicken and some dodgy emulsifiers, trying to convince myself it's not too bad. I want real food. 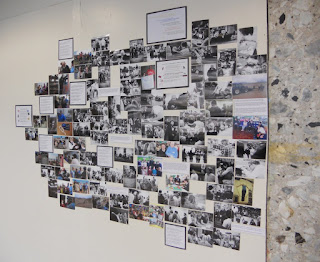 I’ve jogged a little further down the Real Port Talbot road over the last couple of weeks too: more notes and photos that I’ll need to write up and assemble when I get back to Kent. This Easter weekend is the first anniversary of Michael Sheen’s Passion play, a staggering community play that unravelled on the streets of Port Talbot over 3 days in April 2011, and there’s an exhibition in the Aberafan Shopping Centre, a book launch on Saturday and, on Sunday night, the world premiere of the Gospel of Us (a film by Dave Mckean created from the original live footage) with a personal appearance by Michael Sheen.

I watched The Passion online from my home in France last year. It was alarming, intriguing, moving and inspiring. But the ‘memory’ weekend is equally as astonishing, cataloguing on display boards around the Shopping Centre people’s memories and experiences of the event: photos, poems, statements, paintings, needlework. Someone once said to me that Port Talbot is the death of culture, that no-one in the town is interested in art. They couldn’t be more wrong. 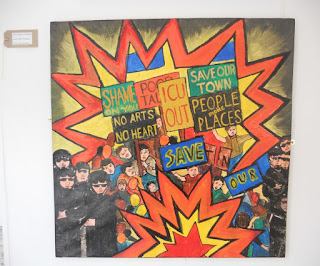 But what I have noticed is that artists in Port Talbot don’t make a big fuss of themselves and their work. There’s enjoyment and passion for what they do but there’s no self-indulgence. They’re happy to talk about it but there’s no pretence. Perhaps because it’s often art that springs from a sense of community, art that has its source in the environment.
And The Passion was a beacon for this kind of art: ordinary people working with professional actors and the National Theatre of Wales on the town’s streets and mountains and beach. It blended the dramatic with the every day, memory with imagination. It created a space for the seemingly impossible to happen: both in the denouement of the theatrical event and how, in its aftermath, it seemed to reawaken a stifled pride in the town and encouraged action and creativity. 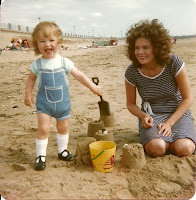 But back to fish pie. My niece reminds me I made this for her when she stayed with me in Kent in the 1990s, years before she had her own children. Her daughter is seven tomorrow, her little boy is five later in the year. I still have to shake myself sometimes to realise she’s a grown woman with a family and not still the little girl who made sandcastles with me on Aberafan Beach.
Fish Pie
This is going to be one of those vague recipes as I have never weighed anything. The best thing to do is decide how many people you’re cooking for and work from there.
skinned and boned fish: half smoked and half plain. I used smoked and white cod today, enough for four people
milk
two hard-boiled eggs, chopped
a lemon
parsley
potatoes 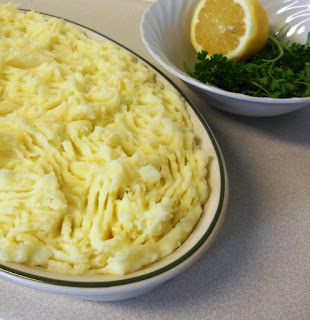 I can show you the ‘ready for the oven’ pie but not the ‘ready to eat’ one because I was overly ready to eat it and forgot to take a photo. But I’m sure you can imagine the crispy bits.

I adore fish pie and was dribbling reading this then realised it is 01.21 hrs so should really go to bed. But wait - it's Easter weekend and I'm spending it with my family, so the Good Friday fish meal was missed but it is going to be served up on Saturday - I'm sure the hungry writer won't mind.

Hi Linda - thanks so much for stopping by. I'm glad someone was up to keep me company : ) Hope the pie works out okay. I bought the fish from Tesco's fish counter (they skinned the fillet of cod for me too) and it was pretty good.

I was going to say that fish and chips was our Friday treat but then I remembered that I actually had pie and chips. Ah well.

I've come to your blog from an email from the Dylan Thomas Centre. I like the look of it very much and shall call again! Food and writing, mmm, yes, please.