on March 22, 2012
Those of you who are linked to me via Facebook will know of my conversion to Kindle. Not just any old conversion, but a real evangelical clapping in the aisles Hallelujah! conversion. I’m not going to try and persuade any hardline ‘I’m sticking to books’ people among you about the delights of being a Kindle owner. I will only say: I once was like you are now : )
Every day there’s a Kindle deal, usually a 99p download for a novel, or reference book or autobiography/biography. I've bought about one a week so far and  I've recently stockpiled three for my month long beach and bookshop retreat in South Florida in May:
Now All Roads Lead to France, The Last Years of Edward Thomas, Matthew Hollis
The Sacrifical Man, Ruth Dugdall
Cham, Jonathon Trigell
I nice cross-section of theme and tone there, I think. 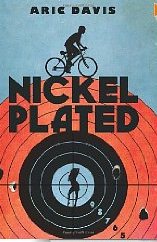 I also bought Aric Davis’s Nickel Plated but after reading the first chapter I just had to carry on reading to the end. It’s supposed to be a teen novel – the main protagonist is only twelve - although the principal theme of paedophilia is pretty heavy, and scary in places too. I found that I had to suspend disbelief about Nickel’s age and if this is ever made into a movie (it should be) a slightly older actor would probably carry it more effectively. And the ease with which he trawls the internet for sensitive information is perhaps a little exaggerated. But it’s still a snappy and sharply written story. I hope there’s a sequel.
What warms me even more to Nickel is that the kid knows how to eat. Okay, he eats a bunch of fast food too – pizza rolls, chicken dippers, PB&J sandwiches – but he knows they’re rubbish. He'd rather go out and have Thai food or top quality steak but his circumstances (I won’t give away anything in case you decide to read it) make that a little tricky.
I’m off to Wales for two weeks next Monday. Gravestones, swans, an old WW2 tank and Michael Sheen are on the menu. I also need to make some welshcakes as I was driving between Wales and England on 1st March and missed my annual bake-up.
But I did make cakes last week. Cake that works for dessert as well as standard ‘slice of with a coffee’ eating. I think the original recipe is Nigella’s but I fiddle with it depending on what I have and don’t have.
Clementine Cake 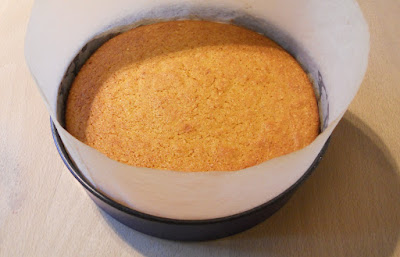 375 grams of whole clementines (I’ve used as much as 400 grams)
250 grams of ground almonds (last time I was short 70 grams so I topped up with fine oatmeal)
225 grams of sugar (white or golden or light brown)
a heaped teaspoon of baking powder (once, I forgot to put it in)
6 eggs
You probably get the mix and match picture now.
Cover the clementines with water, bring to the boil and simmer for 2 hours making sure they don’t boil dry. When they’ve cooled, take out any stalky bits and pips and puree what’s left, skin and all.
Beat the 6 eggs, mix in the almonds, sugar and baking powder and then add the clementine puree. It will be sloppy – don’t worry.
I’ve used a big 9” spring-form tin and I’ve used a smaller 7½” tin and I’ve made little cupcakes. But whichever you choose you MUST line the tins with paper or use paper cases. The quantity of sugar in the cake makes it susceptible to burning and the paper forms a barrier.

The mixture also doesn’t rise that much so you can fill the little paper cases quite close to the rim.
Cook at Gas no.5 or 190° electric for up to an hour but check after 40 minutes.
Crème fraiche is a good choice. Or Grand Marnier flavoured buttercream icing is pretty lush too.
And it forms part of your 5-a-day. In my book.
Hungry Writer Prompts
Write about reading on holiday.
Write about changing beliefs.
Write about being twelve years old.
Write visiting a grave.
Write about fiddling.
Aric Davis clementine cake kindle