The cooked and the cruel

on December 09, 2011
Where does the love of food end and cruelty begin? I’m sure there will be different boundaries among us, and contradictions too. I’ll start with myself: I will only buy free range eggs but I ate foie gras several times during my four years in France. I refuse to buy the battery chickens from the supermarket but I don’t question the source of the pork in Tesco Finest Cumberland Sausages.  Actually, that sounds more like hypocrisy than contradiction. 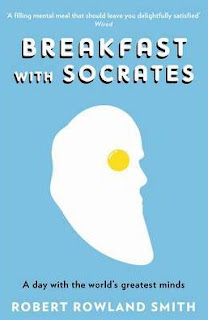 I am reading Breakfast with Socrates by Robert Rowland Smith, a series of philosophical commentaries on the ordinary content of our day to day lives, from getting ready to go out, sitting at a desk, going to a party, to falling asleep at the end of the day. In the chapter, ‘Cooking and Eating Dinner’, he describes the French penchant for ortolan, a ‘delicacy’ I’d never heard of that has been illegal in France since 1999, although the laws have only been properly enforced since 2007. I should warn you that it doesn’t make for easy reading:
The ortolan – a bunting, the size of a sparrow – is trapped and incarcerated in a windowless box to be fed figs; when it has fattened, it is literally drowned in Armagnac, its minute lungs flooded with the rasping liquor. Now dead, it is plucked, roasted and served whole – bones, guts, pluck and all – with only the head to be left dangling untouched beyond the eater’s lips.
François Mitterrand, the former French president, ate ortolan at his ‘last supper’ while terminally ill with prostate cancer, with his head concealed beneath the traditional napkin. The reasons for this are disputed: it’s a messy business crunching through bones and innards; it preserves the aromas; it hides your face from God. Mitterand died eight days later.
Of course I prefer to think that my unquestioning purchase of pork sausages is on a different level to Mitterand’s ortolan feast. And perhaps, to some degree, it is if I believe the supermarket’s claims about animal welfare.
But the ortolan story has been playing on my mind since I read it.
… just as either the overripeness [pheasant, cheese] or the rawness [sushi, steak tartare] of what you serve can speak to your cultivation, to your acquired level of artistry, so cruelty can exhibit your refinement.
So what will I do the next time I’m in a restaurant and fancy ordering the foie gras? Ask if it comes from a duck or goose that hasn’t been subjected to gavage or force-feeding? Some top chefs, including Anthony Bourdain, have supported foie gras production from humanely treated, properly raised ducks so, in theory, it should be available. But could I be sure? No. I’ve said in other posts on this blog that the world needs more kindness.

There’s a Michelin star restaurant in Reading, England, called L’Ortolan although the little bunting on their logo looks quite happy and there’s no trace of the barbaric dish on any of their menus. Still, personally, I’d think about a name change.