on August 24, 2011
As the hungry writer gets nearer to the end of its posting life (this is number 45 in the original plan for 52) there have been weeks when panic has crept into my bones, a little like how the cold can sometimes find its way through your coat, sweater and even your thermal vest on a winter walk and suddenly your heart feels frozen at its rim and the involuntary shiver you give is tinged with fear.

wondering what to write...
outside my bedroom window
a seagull laughs and laughs

This is one of those weeks.

Since our drive from the south of France to the south of England in the middle of last week, then, a few days later, across to south Wales, food has been:

Heartwarming: sweet potato and blue cheese bake at Fortify, a vegetarian café (with WiFi) in Maidstone.
Unexpected: foraged damsons and a few ripe cox from the orchard

Argumentative: fillet steak and a heated debate about the properties of the new cast iron frying pan, possibly fuelled by the 2005 Berton Vineyard Cabernet Sauvignon that rolled off the tongue at 15.5%.
Scary: a sausage roll from the West Cornwall Pasty Company at Leigh Delamere Service station on the M4. Is the sausage filling supposed to be so slippery?
Pretty: dessert at my nephew’s wedding. 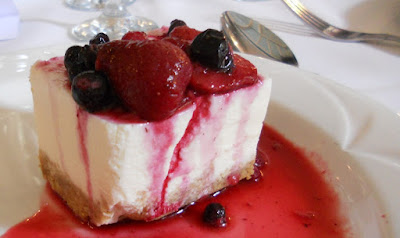 Comforting: Chicken Assar at the Shah Tandoori Indian Restaurant in Port Talbot.
Life-saving: a custard slice at Café Remo’s on Aberafan Beach two thirds of the way through a hike along Port Talbot’s coastal path from Margam Moors to Baglan Bay with Cardiff writer, Peter Finch, which was interrupted by being very nicely ‘arrested’ on Tata Steel property and escorted off by security.
Cross-cultural: White stilton with pineapple and ginger.

Lots of detail but no ideas. And I want to write things that mean something to other people and not just remain at anecdote level. I want the things I write about to become more than just their literal selves: to be vehicles for ideas that will open and bloom in a reader’s mind.

But as all writers know, and have to learn to accept, the writing process can be like that: it sometimes feels impossible to pluck out the one thing that will lead you deeper.

Do you know those grab machines at the fairground? The glass cases filled with teddies or glittering fake jewellery and the crane arm you have to direct with a lever, for as long as your shiny coin will allow, and drop it onto your chosen prize?

My crane arm is either juddering or swinging wildly. When it drops it grasps air.

But this will pass. So, for now, let’s play:

teri said…
Oh I do love this post...thank you for showing us how to flail with flair- I hope to use some of your prompts and will smile the rest of the day thinking of your argumentative food selection.
14:40

At about the same time as Kate Winslet was playing Angels on the brow of the Titanic I found myself 33 floors above the City of London, the days of our Thames icing over now a distant memory, in the middle of winter during a cold snap; I could work for no more than 6 minutes at a time, not because it was cold – minus 11 according to the site thermometer – but because of the chill factor.

500 hundred feet up, with the clouds below me, the air somehow managed to cut straight through my clothes, skin, bones, and race out the other side as if I did not exist. It was not cold; it was bloody painful, like the wind had transmogrified into a thousand shards of glass, each crystal flying at 40mph through my anatomy, making my mouth open with silent screams, so that death would have been a welcome relief.
18:15

the good soup said…
See? even when flailing you speak to the heart of the writer. But you also made my heart stop with the first sentence of this post- you aren't really going to stop after 52, are you? Haven't we just begun? It will be a lonely blog world without you here, Hungry Writer.
22:38

Lynne said…
teri - 'flail with flair', Thank you. I love it and shall keep it as a mantra for the future : )

Martin - this really captures a sense of coldness.

Angela - ever since I posted this I've been thinking and re-thinking about the original boundaries for the hungry writer project which were to discipline me and capture material for a possible MSS. Now that I'm creeping up to the line I wonder if I could continue, maybe not with exactly the same focus but still drawing on food and writing. Thanks so much for your lovely words.
12:34