Mathematics, evolution and prawns to die for.

on August 31, 2011
I am back in Kent bouncing around on a tractor and stacking up on logs for the winter. 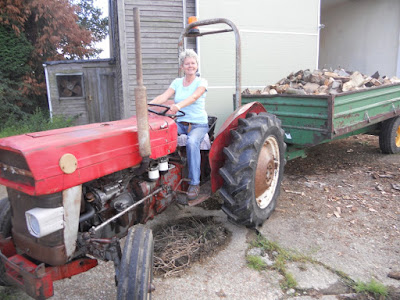 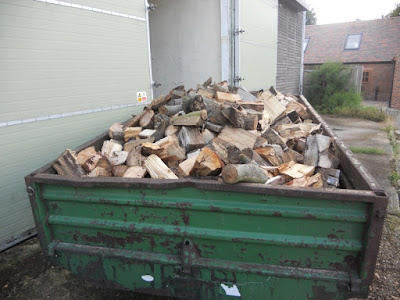 equal one of these: 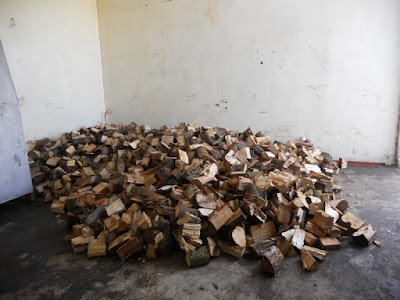 Each tipped trailer-load had to be wheel-barrowed into the store and while I started counting the trips I made from diminishing woodpiles to increasing woodpile I soon gave up. Not because of boredom or frustration but because I lost myself in the repetitive but satisfying physical work of bending and lifting and throwing which left my shoulders, back and leg muscles as tough as walnuts but calmed my mind to an unruffled ocean of contemplation.

I love logs. Cutting them, splitting them, stacking them. Their scent and texture. The differing weights of different hardwoods.


But I suspect there’s more to their appeal than I’m consciously aware of. 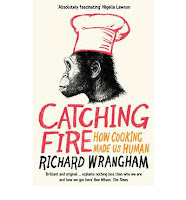 Wood = fire = heat = food. Opinions are divided about how long fire has been used to cook food but even the most conservative archaeologist would commit to 250,000 years. And in the book Catching Fire, How Cooking Made Us Human, Richard Wrangham presents us with the idea that eating cooked food allowed our brains to expand and was central to the biological and social evolution of humanity.  It’s an interesting and convincing argument that civilised technology created humans rather than the other way round.


My own culinary evolution has currently come to a halt. After three months of cooking for guests in France I fancied a break so since we’ve been back in the UK Tony has done the cooking at home. One of his specialities is Prawns Provencal, although his blend of garlic, tomatoes and parsley is a more rustic and hearty affair than the whisper of sauce you’re served with the shell-on prawns you’d get in a Provencal restaurant.
He also uses spring onions. Is there anything more tantalising than the smell of onions frying? 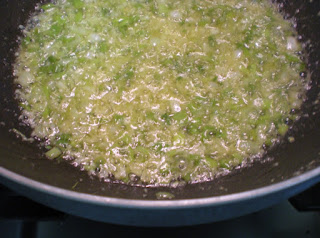 It manages to be a dish that suits both summer and winter which is just as well because we left Antibes with 32 degrees wrapping our shoulders and arrived in Folkestone 12 hours later with 16 of the mean little critters biting the rain. (So when I said 'stacking up logs for the winter' those of you living in the UK will appreciate that I used the term ‘winter’ loosely: we’ve lit the wood-burner for the last two nights in a row. Don’t you just love an English summer?) 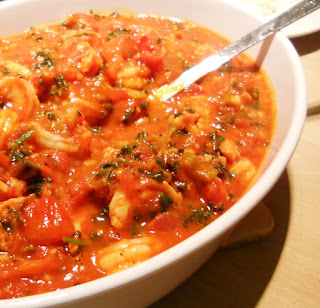 But I’m afraid that this basic list of ingredients is all I can give you.  This is because Tony says if he ever revealed his secret methods he’d have to kill me. And you.