I know. It’s an old gag. But family and close friends know I am not equipped with the maternal gene. I never wanted my own children and as the years go by I’m still pleased with my childless state. I’m particularly averse to babies. Apart from holding new born family members and writing a poem to celebrate their arrival into the world I’ve managed to keep a distance from the whole birthing, feeding, defecating, crying and screaming side of things. 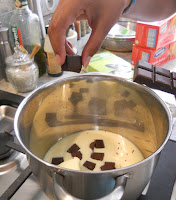 I remember the first time I looked after my step-granddaughter. Her mother had a heavy week of OFSTED inspections at her school in north London so could we have Summer to stay at our house in Kent? She was a few months past her third birthday and, mercifully, well beyond the nappy stage, but the idea of being responsible for a young child for a whole week filled me with dread. Not just the responsibility of mealtimes and bath-times and bedtimes but the anticipated boredom too.
At the end of that week I wrote my first poem for her.

When the child comes, she rouses them,
all the never-borns, the never-will-be-borns
I never missed or wanted:
busy feet tamp across wooden boards,
scurries of handprints challenge the walls,

and I move in patterns I haven’t known –
trapping her weight against my hip,
remembering not to heat her plate,
side-stepping with precision
a torn McDonald’s crown,
a bear’s sweater discarded on the stairs.

Her hand’s a small island
on the flesh of my face. Her heat
creeps through my skin when I comfort her
in the hours before dawn.

The first night the house is empty of her
I start awake to a muster of footsteps
outside my door, cries.

It is not only blood that bind us to one another. But how to articulate what it is; that connection we can suddenly make with people of any age?

I know it wasn’t her vulnerability, or my responsibility for her safety, or her dependence on me, although they must have played some part in my emotional response. But it felt like something more shared. She added a dimension to my life even though she would have been completely unaware of it at that time. My life expanded because I got to know her.

‘Who are you?’ she asked my reflection one day when she was about five.
We were both standing in front of the bathroom mirror cleaning our teeth.
‘What do you mean?’
‘Well, you’re not my Nanny.’
‘Strictly speaking, no.’
‘And you’re not my aunty.’
‘No.’
‘So who are you?’
‘Who do you think I am?’ I asked her.
She stared into the mirror again.
‘I think you’re my best friend,’ she said. 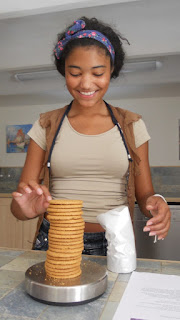 This morning, in my kitchen in France, she is making chocolate fridge cake with me.
Before she arrived I was a little uneasy about what to expect. She turned 16 last month and I also lack another gene that enables understanding and tolerance of teenage behaviour. And with me living in France and her at boarding school in the UK we haven’t spent any real time with each during the last year.
And there have been a few moments during the last week when I have felt as if I am getting to know her all over again: as she tests out different identities, strikes a pose, as moods slip through her. But all these things seem incidental to the person she is at her core, the core that still reveals itself in her smile, the way she still hugs me as tight as a glove,  reminders of who she was already becoming at the age of three.
Hungry Writing Prompts

Martin Cordrey said…
The trouble with France is its full of French, only it isn’t, and historically never has. Yet the distance between the peoples of Britain and France is not so large, speaking with our friends there is like listening to our selves; worries about employment, education, immigration, high taxes, pensions, health, what a thousand years journey we have in common.

Truth is were it not for money and language I’d live there tomorrow, not in the glare of a twinkly blue sea, no, a derelict Chateau on a Vendee mound where only a single room in the tower is habitable, I’d listen to the shutters banging in the breeze and imagine Republican troops had arrived for my Monarchist head. Let’s all eat cake.
20:06

Anonymous said…
Like you, I also lack the maternal gene. In addition, I never felt old enough or responsible enough to have children. It's a nice story that you were able to get to know your step granddaughter - and also renew the process this summer. People don't really change at the core but get warped and stretched by what happens to them.
08:28

the good soup said…
Your writing is really moving at the moment, Lynne. Not that it isn't always beautiful, but it's reaching into my heart right now. beautiful. Thank you.
15:18

Lynne said…
Hi Martin. If you want it enough you'll do it. You might have to compromise on the Chateau but there are lots of other options. : ) And
French schools are worth sending your kids to just for the midday meals!
14:39

Lynne said…
Nice to see you Vanessa - thanks for the wise words.
14:40

Lynne said…
Angela, thanks so much. I couldn't ask for anything more.
14:41