running, slippery black cats, the first sip of champagne, The Big Purple Ones, a book that makes me cry, George Clooney from the front, crispy skin on roast chicken, the horizon, the taste of sea on my skin, the smell of paper and ink in the tight binding of a new book, generosity of spirit, ‘Dirty Dancing’, waking to a blue sky and knowing it will be there all day, and the next, my first Victoria’s Filet Mignon, medium-rare, at Outback’s on Linton after I land at Miami and drive up I-95, laughing ...

falling over, stepping on a snail in the dark, defrosting the fridge, newspaper print on my hands, tripe, mosquitoes, paper cuts, mean-spiritedness, burnt out cars on the motorway, unresolved arguments, a telephone waking me up, rats walking past the back door, getting up at five to drive to the airport, chewing gum stuck under a table, sloppy white in a boiled egg, someone being sick in the seat next to me, Andy Williams singing, I can't keep my eyes off of you, a cat dying in my arms, lies ... 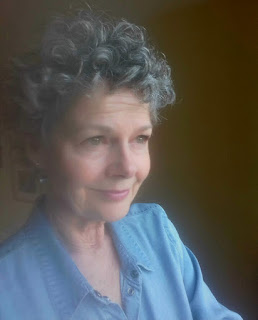 I was born and grew up in Port Talbot, South Wales, UK but left in 1978 to work in offshore banking in Jersey, Channel Islands. I moved to Kent, UK in 1985 and for twelve years I ran my own second-hand and antiquarian bookshop, Foxed & Bound (the inspiration for my my first book, a novel  entitled The Oven House).

I began writing in 1988, at the age of 30, after discovering Natalie Goldberg's book, Writing Down the Bones, then took a Diploma in Comparative Literature (1990-1993) with the University of Kent, to fill some of the many gaps in my literary knowledge and understanding, before studying for my Master's Degree in Writing at the University of Glamorgan between 1994 and 1996, working with the celebrated Welsh poet Gillian Clarke.
Since 1985 I have lived in Florida, Barcelona and, between 2007 and 2011, in Antibes in the South of France, where I renovated an early 20th century four storey house just 200 metres from Cap d'Antibes and the trickly Mediterranean. These days, you'll either find me in Port Talbot, South Wales enjoying the coastal breezes and sunsets, or in semi-rural Kent at the foot of the North Downs.